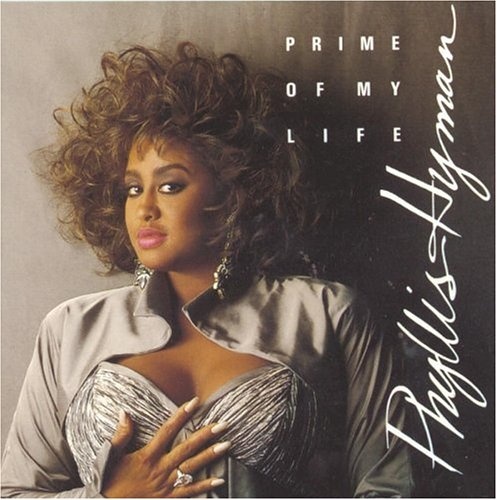 Listening to Phyllis Hyman's 1991 emotional tour de force Prime of My Life is at once a happy and sad experience. Happy because it finds Hyman at a moment when she was not tortured by her inner demons and tragic because it provides an undeniable glimpse into Hyman's tortured soul and the pending suicide which would materialize four years later. Prime of My Life granted the sophisticated lady her first R&B chart-topper with the saucy "Don't Wanna Change the World," which incorporates elements of new jack swing, hip-hop, and early-'90s house, and even features a rare, sexy rap by the songstress herself. The album opens with the jazzy quiet storm hit "When You Get Right Down to It" and features several shimmering, gorgeous ballads, most notably the timeless audience favorite "Meet Me on the Moon," one of the high points of Hyman's catalogue, period. Other gems include the light, bittersweet closer "Whatever Happened to Our Love," "I Can't Take It Anymore," which is a sad tune pitted against a happy beat, and the self-assured yet ultimately tragic "Prime of My Life." One of the true highlights, however, is the over-seven-minutes-in-length "Living in Confusion," which Hyman belts with unmistakable integrity, growling out the bewildered lyrics with overflowing conviction, and provides more than a glimpse into what was really going on in the singer's life. Hyman could take an average song and tear through it like a tiger, which is what made her music so appealing. This album is a true gem and proves that the husky-voiced Hyman was a timeless song stylist in a class all her own. [The Japanese version of the album includes a bonus track, "Hottest Love Around."]