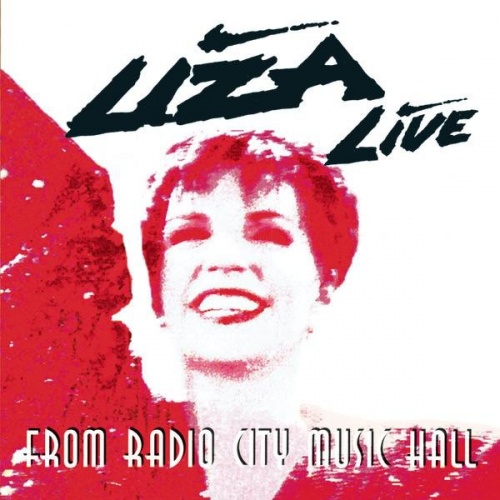 In one sense, it would seem Liza Minnelli has no need to release another live recording, this one being her fifth (not counting one with her mother Judy Garland and another with Charles Aznavour). But in another sense, Minnelli, despite her renown as a film actress and musical theater star, is primarily a nightclub and concert performer who has been refining and fine-tuning her act since she first introduced it in 1965. This version of that act, actually the audio companion to a home video, Liza Minnelli: Live from Radio City Music Hall does feature several songs heard on her last live album, Liza Minnelli at Carnegie Hall (1987) -- Stephen Sondheim's "Old Friends" from the Broadway musical Merrily We Roll Along; Sondheim and Jule Styne's "Some People" from the Broadway musical Gypsy; a medley of Alan Jay Lerner and Kurt Weill's "Here I'll Stay" from the Broadway musical Love Life and George and Ira Gershwin's "Our Love Is Here to Stay" from the film The Goldwyn Follies; and the inevitable closer, "Theme from New York, New York" -- but most of the songs are new, at least insofar as Minnelli is concerned. That said, she has not strayed far, relying as usual on the catalog of songwriters John Kander and Fred Ebb for some of their lesser known tunes, such as "Seeing Things" from the Broadway musical The Happy Time (pitched as a tribute to her father, Vincente Minnelli) and the now age-appropriate "So What," a song from the Broadway musical Cabaret not used in the movie version, in which she starred. "Sara Lee," a Kander and Ebb novelty, was written for an earlier nightclub singer, Kaye Ballard, and resurrected in the 1991 Off-Broadway musical revue And the World Goes 'Round before turning up here. Best of all is an otherwise unaffiliated Kander and Ebb ballad of mature romantic recrimination, "Sorry I Asked." These songs take up the first half of the show. The bulk of the second half is devoted to a "Men's Medley" featuring a singing/dancing troupe of women who invade the stage and join Minnelli, launching into a seemingly endless mixture of songs about the male sex as viewed by the female sex that range from "Someday My Prince Will Come" to "I Like 'Em Big and Stupid." During such sections and the tap dance routine that follows, the CD does not quite do the show justice and the video seems required. But there is more than enough new here to justify shelling out for another Liza Minnelli live album.