Take the title of Run-D.M.C.'s King of Rock somewhat literally. True, the trailblazing rap crew hardly abandoned hip-hop on their second album, but they did follow through on the blueprint of their debut, emphasizing the rock leanings that formed the subtext of Run-D.M.C. Nearly every cut surges forward on thundering drum machines and simple power chords, with the tempos picked up a notch and the production hitting like a punch to the stomach. If the debut suggested hard rock, this feels like hard rock -- over-amplified, brutal, and intoxicating in its sheer sonic force. What really makes King of Rock work is that it sounds tougher and is smarter than almost all of the rock and metal records of its time. There is an urgency to the music unheard in the hard rock of the '80s -- a sense of inevitability to the riffs and rhythms, balanced by the justified boasting of Run and D.M.C. Most of their rhymes are devoted to party jams or bragging, but nobody was sharper, funnier, or as clever as this duo, nor was there a DJ better than Jam Master Jay, who not just forms the backbone of their music, but also has two great showcases in "Jam-Master Jammin'" and "Darryl and Joe" (the latter one of two exceptions to the rock rules of the album, the other being the genre-pushing "Roots, Rap, Reggae," one of the first rap tracks to make explicit the links between hip-hop and reggae). Even if there a pronounced rock influence throughout King of Rock, what makes it so remarkable is that it never sounds like a concession in order to win a larger audience. No matter how many metallic guitar riffs are on the record, this music is as raw and street-level as the debut. It manages to be just as dynamic, exciting, and timeless as that album, as it expands the definition of what both Run-D.M.C. and rap could do. 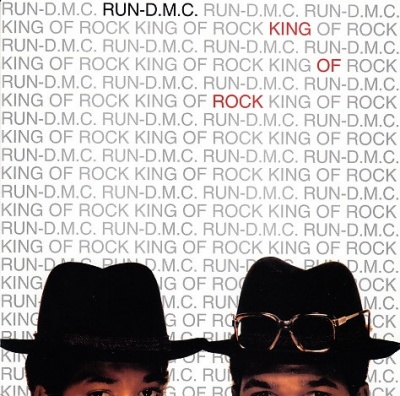