Being one of the most beloved hip-hop groups ever assembled has certainly become a double-edged sword for Run-D.M.C. As one of the culture's most influential groups, the names of Run, D.M.C., and Jam Master Jay immediately garner a certain degree of well-earned respect. Conversely, it has also put the trio under an incredibly intense microscope, a dissection that will become more exacerbated with the shameful Crown Royal. With virtually no input from D.M.C. (he appears on a sparse three tracks) Crown Royal spirals so recklessly into contrasting segments that it's easy to forget you are even listening to a Run-D.M.C. record. Lacking any discernible sense of direction or continuity, the once cutting-edge trio has seemingly lost touch with its original fan base. They miserably play the role of alternative genre rockers on "Rock Show" (featuring Stephan Jenkins) and "Here We Go" (featuring Sugar Ray). And though tracks with Limp Bizkit's Fred Durst ("Them Girls") and Kid Rock ("The School of Old") may eventually strike a chord with TRL fanatics, the groupings lack ingenuity and conviction. So what's left for the fan who was weaned on Run-D.M.C.? Not much! Sure, they throw the hip-hop populace a few bones on "It's Over" (featuring JD), "Queens Day" (featuring Nas and Prodigy), and "Simmons Incorporated" (featuring Method Man). But even these mediocre offerings are not nearly enough to satisfy any of their loyal supporters. If hip-hop has proven anything since its inception, it's that few MCs or groups age gracefully. Hopefully, with its legacy still somewhat intact, Run-D.M.C. will now trade in the shell-toed Adidas, fat gold chains, and leather pants for a long overdue and deserved bow. 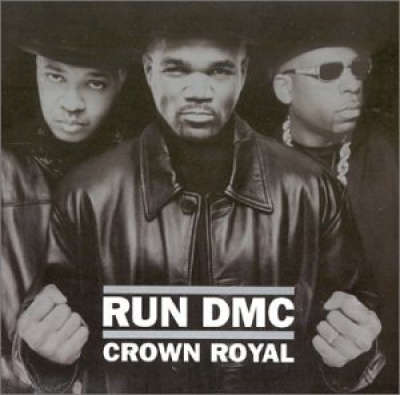