Let's get the clichéd bad joke out of the way to begin with: at the time Michael Jackson released Invincible in the fall of 2001, he hardly seemed "invincible" -- it was more wishful thinking than anything else, since he hadn't really had a genuine hit in ten years, and even that paled in comparison to his total domination of the '80s. That lack of commercial success, combined with a fading reputation as a trailblazer, a truly ugly public scandal, and swirling rumors about his diminishing finances, along with a huge wait between albums (by teaming his Dangerous follow-up with a hits collection, it wound up being overlooked, despite a gaudy publicity push), resulted in Jackson being deep down in the hole, needing to surge back out with a record that not only proved his talents, but his staying power. So, faced with a make-or-break record, what did Jackson do to save his career? What he did since Dangerous, take a turn toward the street and craft a hard-driving, hard-polished urban soul album, heavy on the dance numbers and sweetened by lugubrious ballads. It's a proven formula for commercial success, but it not only didn't push his music forward, it made his reach seem rather timid when compared to the wildly rich, all-encompassing musical vision of Thriller and Bad. Here, he's reined in by a desire to prove himself, so he keeps his focus sharp and narrow, essentially creating a sparkly, post-hip-hop update of Off the Wall. It's not as good as that sounds, because the infectious joy and layered craft of that masterpiece have been replaced with a dogged, near-maniacal desire to craft something hip enough for the clubs and melodic enough for mainstream radio, thereby confirming his self-proclaimed status as the King of Pop (a really terrible title, btw). Since he was exceptionally talented and smart enough to surround himself with first-rate collaborators, this does pay off on occasion, even when it feels a little too calculated or when it feels a little padded. Ultimately, the record runs too long, losing steam halfway through, as it turns to a series of rants about "Privacy" or a deadly stretch of uncomfortably treacly, sub-"Man in the Mirror" songs about "The Lost Children," or when he says that he can't change the world by himself on "Cry." Fortunately, Jackson was clever enough to front-load this record, loading the first seven songs with really good, edgy dance numbers -- even the opening "Unbreakable" isn't sunk by the creepy resurrection of Biggie Smalls -- and lovely ballads, highlighted by "Break of Dawn" and "Butterflies" with its Bacharach-styled horns. Even if these are too self-conscious and a little mechanical (which they are), they still have a spark and sound better than anything Jackson had done since Dangerous. That's not enough to make Invincible the comeback Jackson needed -- he really would have had to have an album that sounded free instead of constrained for that to work -- but it does offer a reminder that he could really craft good pop. If only he had been fueled, not constrained, by his obsessions, this could have been really interesting. 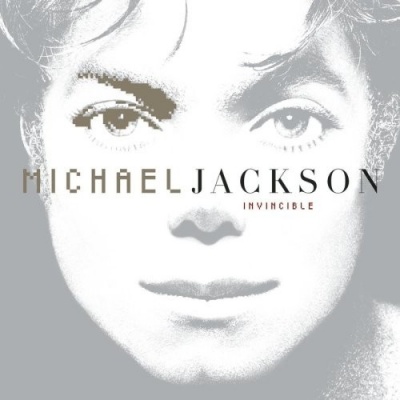