As the first excavation of Michael Jackson’s vaults, Michael carries the weight of expectation it cannot possibly bear to support. After Jackson split with Quincy Jones following 1987’s Bad, he had a revolving door on his studio, letting in all major producers for a track or three, sometimes selecting these songs for a finished album, sometimes not. Michael rounds up ten of these leftovers, relying heavily on cuts he was tinkering with in the years after Invincible, but apart from cameos by Akon and 50 Cent, there’s precious little here that sounds modern. Perhaps it’s the heavy presence of Teddy Riley, but much of this recalls the cacophonic clutter of Dangerous, heavy on rhythms but not melody, so desperate for relevance that every overdub is overworked. Tellingly, the exceptions to the rule are the oldest tunes here -- “Behind the Mask” and “Much Too Soon,” both dating back to Thriller, and “(I Like) The Way You Love Me,” an outtake first aired on the 2004 box The Ultimate Collection and reworked somewhat extensively here. Much of this has likely been tweaked extensively to prep it for release, but it’s impossible to discern exactly what overdubs were added after Jackson’s death, particularly because this so heavily recalls his last decade of released records, right down to the recurring theme of MJ’s persecution, which sounds quite bizarre in the wake of his passing. That and Akon’s self-aggrandizing salvo to the opening “Hold My Hand” are the only ghoulish touches here: Michael is often tacky but considering how garish Jackson’s taste could be, it winds up seeming almost respectful. At the very least, the album doesn’t tarnish his legacy, although it adds nothing to it either. 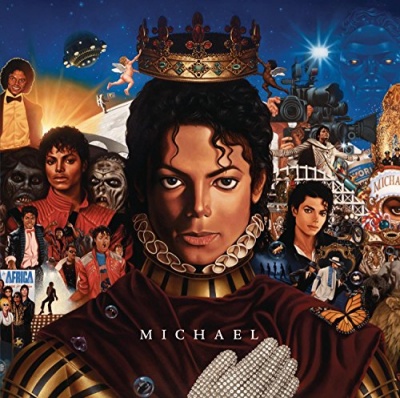