Reportedly recorded by the New Zealand singer in just two days' time and released less than three weeks after he was crowned Australian Idol 2009, Introducing... Stan Walker is a slight full-length debut that's most notable for including the chart-topping lead single "Black Box." Clocking in at 11 songs in 34 minutes, the album is primarily comprised of songs that Walker performed during Australian Idol, including cover versions of Prince's "Purple Rain," Miley Cyrus' "The Climb," James Brown's "It's a Man's Man's Man's World," John Legend's "Ordinary People," Al Green's "Let's Stay Together," Leonard Cohen's "Hallelujah," the Carpenters' "Superstar," and the album-closing hymn "Amazing Grace." There's also a perfunctory cover version of Queen's "We Will Rock You" that is over and done with in roughly two minutes' time. This Queen cover is one of only two songs that weren't already heard on Australian Idol. The other is "Think of Me," a passable original song produced by former Australian Idol winner Guy Sebastian. Fortunately, several of the aforementioned cover songs turn out well, especially Prince's "Purple Rain" and Cyrus' "The Climb." They turn out well in large part because of Walker's vocal talents, which are as evident here as they were on television. The arrangements of these songs are very basic. Take for example "Purple Rain," the original version of which is nearly nine minutes long. It's pared down to just over three minute here. Actually, there's not a song on Introducing... Stan Walker that tops four minutes. It all adds up to a slight album that passes too quickly, not only because of the brevity of the songs but also because of their familiarity to anyone who followed Walker's performances on Australian Idol. The saving grace of Introducing... Stan Walker is "Black Box," the previously released chart-topping smash hit that Walker debuted as the winner's single on the season finale. Co-written by English hitmaker Wayne Hector, well known for his work with Westlife, along with Danish hitmakers Wayne Hector, Jonas Jeberg, and Cutfather, "Black Box" is a first-rate contemporary R&B song that seems tailor-made for Walker. Too bad there aren't more songs like "Black Box" on Introducing... Stan Walker. 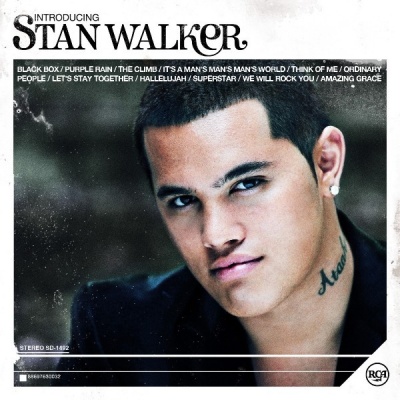 Summer Hanging Out At the Office