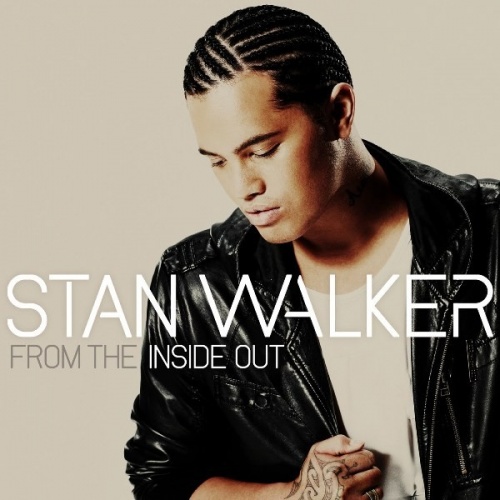 At the Office Hanging Out Summer

Championed by a diverse array of mentors including Liza Minnelli, Pete Wentz, and Michael Bublé during his time on Australian Idol, 2009 Kiwi-born winner Stan Walker's debut album, the rushed karaoke-style Introducing, failed to do justice to his Al Green-esque soulful vocals which had inspired such acclaim. At first glance, the Maori descendent appears to have learned from his mistakes with his second album in nine months, From the Inside Out which, apart from a faithful rendition of Des'ree's heart-achingly beautiful Romeo & Juliet soundtrack number "Kissing You," eschews cover versions completely. Indeed, Walker's sophomore album, which focuses on the modern, synth-led R&B sound he first showcased through his Idol performances of tracks by Rihanna, Mario, and Beyoncé, even features three co-writes, the shimmering, Usher-esque opener "Inside Out," the robotic, urban-electro "All I Need," also home to a brilliantly unashamed '80s hair metal solo, and the polished Black Eyed Peas-inspired dance-pop of "One Thing." Elsewhere, he's backed up by an impressive cast of collaborators including British teen pop princess Pixie Lott, who lends her warbling tones to overblown power ballad "The One"; New Zealand rapper Young Sid on the breezy, hip-pop album-closer "Stuck in a Box," and Ryan Tedder, whose clattering rhythms, delicate piano hooks, and repetitive chorus on "Unbroken" prove yet again that outside of his OneRepublic day job, he only ever seems to write slightly different versions of the same song. But as accomplished and hook-laden as these efforts are are, their unnecessary use of Auto-Tune and ubiquitous, club-friendly sounds means it suffers from the same anonymity as his debut. The staccato funk of "With Me" and the melancholic Chronicles of Narnia soundtrack number "Stand Up" show flashes of inspiration, but overall, From the Inside Out could just as well be a new record from Chris Brown or Taio Cruz. A huge improvement on his debut it may be, but Walker has still yet to find the material to complement his impressive vocal presence.