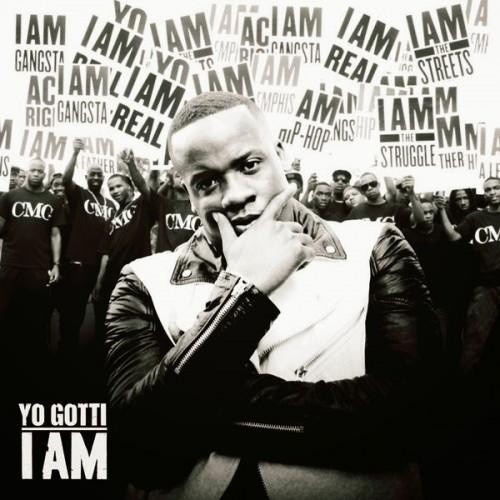 Like so many rappers who play it street level and live and die by the mixtape game, Memphis man Yo Gotti has maintained an uneasy relationship with the official album. His early work was indie to a fault, with long-players sounding patched together from mixtape numbers and other related whatnot, while his mainstream debut, 2012's Live from the Kitchen, suffered from its long birthing process, sounding patched together on the million-dollar level with too much input from the marketing department. Good news for fans who stuck it out this long is that I Am is the moment when the skies clear, as the album comes on strong with a hard-hitting set of openers, and then, the high quality is maintained with a set of easy-flowing supportive songs that broaden the LP spectrum, all without leaving Gotti's comfort zone. Hopefully, the Feds aren't watching, because the crack game is still everything to the man, as the earworm title track boasts "I can show you how to cook right, and what a million dollars look like" plus "Man, I got a car worth your budget" over a suitably scrappy Cool & Dre production. By the time the late-album highlight "King Sh*t" rolls around with T.I. on the assist, the production has opened up enough to allow for Gotti's mansion-on-the-hill attitude and Arthur McArthur and David Versis' brilliant and brittle strain of rap-rock, new sounds that are welcome because the expected hip-hop anchors have already been dropped. Going old-school on the great "I Know," producer and guest Rich Homie Quan samples the same bit of "Why You Treat Me So Bad" that was used on Luniz's "I Got 5 on It." Living in the tradition, Meek Mill and Gotti are a classic gutter combination on the raw "F-U," and when it comes to the downtrodden "hate the game" number, "Cold Blood" with J. Cole is a perfectly placed mid-album triumph. This one is so packed and bold, it even exits on a turned-up club stunner ("Act Right" with Jeezy and YG), so consider it the big longevity payoff after years of rocky Yo Gotti albums.