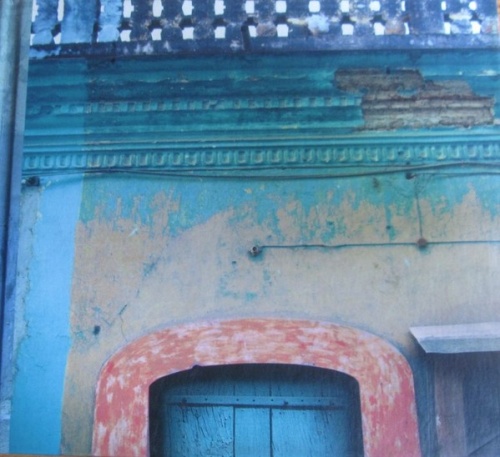 Among Francis Cabrel's many recordings since 1977, Hors-Saison (Out Season) remains his classic. Paced easily and intently on groove figures and melodic folk and rock songs, in 1999, Cabrel arrived at the epitome of his art. Using the same quartet that recorded Sabarcane with Manu Katchie on drums and percussion, bassist Bernard Paganotti, Gerard Bikialo on Hammond organ and Wurlitzer, with Denys Lable on acoustic guitar and the percussion stylings of Denis Benarrosh, Cabrel has created an immediate, spare, direct emotional statement of melancholy and simplicity. His music on Out Season sounds like a cross between Bruce Cockburn and Tony Joe White, with blues and folk swirling around French folk music to drag out the nuances in each and force them by the sheer power of his will to stride along with one another in relative harmony -- though the tension is ever present. No matter the theme, whether it's a heartfelt treatise on the passing of blues heroes Son House, Blind Lemon Jefferson, and Charley Patton ("Cent Aus de Plus" or "100 Years More" done as a gorgeous acoustic folk song, and not as a Delta knock off), a pastoral country love song, "The Beautiful Debbie" ("La Belle Debbie"), or the funky social commentary of "The World Is Deaf" ("Le Mond Est Sourd") with its blazing guitar figures, Cabrel delivers with sincerity, passion, and restraint. His elegance is only surpassed by his taste in musicians and his reliance on their input into his music. All of these tunes were recorded within three days with only three live takes being allowed -- though there was plenty of meeting before to shape them dynamically and atmospherically -- before the next song was called to order. The rapport between the musicians is extraordinary and seldom encountered when listening to pop music. Silky, rich, luxuriant, and honest, what more could someone ask for in a singer/songwriter record? Well, how about a French cover of Otis Redding's "I've Been Loving You Too Long"? Yep, and even with this strangely European arrangement it loses none of its sensuality. Even the non-French-speaking listener who appreciates well-crafted folk/rock music will fall all over himself or herself with praise for this work of art.