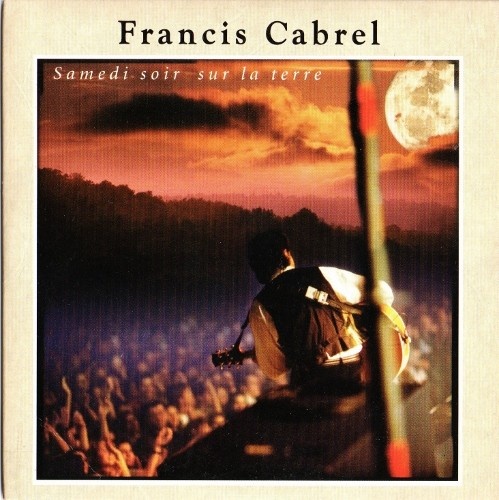 Francis Cabrel is in top form for this 1994 release. While the style of the music stays in the acoustic rock category, each song is carefully crafted and infused with a variety of sounds and influences, ranging from contemporary folk ("Tot ou tard s'en aller") to cool jazz ("Le noceur") to blues-rock ("Assis sur le rebord du monde"). Cabrel uses his voice like an instrument, varying the tone and texture for effect. His renowned lyrics are sharp as well, from the Dylanesque "La corrida" to the poetic "Je t'aimais, je t'aime, je t'aimerai." The album flows along smoothly at a leisurely pace, but never loses interest, thanks to the changing instrumentation, judicious use of guest artists (such as Nicolas Reyes of the Gipsy Kings) and the musical direction of Gèrard Bikialo. The album also stays focused on the songs, prominently featuring Cabrel's voice and guitar. The music on Samedi soir sur la terre represents a master of the trade in action.