Released in 1980, Hits! capitalized on the end of the decade as well as Boz Scaggs' commercial success from 1976-1980. That's not to say everything is here. The 1972 classic "Loan Me a Dime" is missing, as this concentrates on Scaggs' more radio-friendly efforts. From the pre-Silk Degrees era, "Dinah Flo" and "You Make It So Hard to Say No" are here. Not surprisingly, this set takes a few tracks from Scaggs' best-selling album Silk Degrees. While the sleek and funky "Lowdown" is no doubt here, the underrated "What Can I Say" strangely didn't make this overview. Hits! seemed to stray far from the commercial disappointment of 1978's Down Two Then Left by not including one track. Having "A Clue" on this would have helped in the areas of continuity. Middle Man's biggest hits, "Breakdown Dead Ahead" and "Jojo," are included. The best track from Middle Man, "You Can Have Me Anytime," is one of Scaggs' strongest ballads. The album also managed to slip in never-a-hit "Miss Sun," which attempted to approximate the sound of a Boz Scaggs hit circa 1980. Hits! seems to betray Scaggs' range, and after 1997's My Time: The Anthology (1969-1997) gave a more substantive look, this was deemed superfluous. 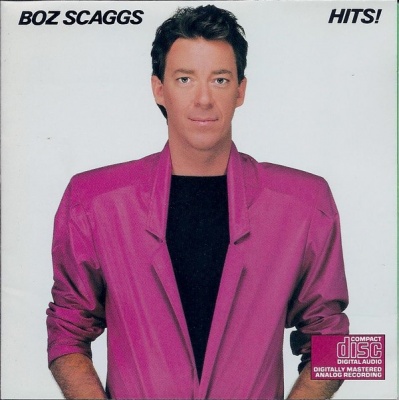