When Boz Scaggs released Other Roads in 1988, he'd been off the scene for a full eight years. Produced by Bill Schnee, it featured some of his most unlikely songwriting collaborations with instrumental backing by Toto along with some studio aces. Scaggs tried hard to walk a line between the decade's obsession with more processed studio sounds that utilized electronic keyboards and drum machines up front, while relying more heavily on electric guitars and kit drums. He doesn't always succeed in keeping the balance, but the attempt sets him apart from most mainstream acts at the time. Other Roads is odd from the start: the opener, "What's Number One?" is a spacey pop number written with the late poet and songwriter Jim Carroll and bassist/arranger Marcus Miller. "Right Out of My Head," written with Dan and David Huff, juxtaposes Steve Lukather's blistering guitar work against a synth fill right out of Gary Numan's "Cars." Scaggs nailed another number one with "Heart of Mine" co-written with pop-jazz songwriter Bobby Caldwell (and the only cut produced by Stuart Levine). There's a strange futurist club noir inherent in both "I Don't Hear You" and "Crimes of Passion" written by Carroll and the Huffs. "Cool Running" written by Scaggs with Patrick Leonard is a solid, grown up, island groover with staggered R&B horns contrasted with a female backing chorus and a bridge of vocal counterpoint. "Claudia," by Steve Williams is one of Scaggs' classic mid-tempo, broken love songs with a killer bridge, and stellar guitar work by Lukather. The set closer is a dreamy adult pop ballad entitled "The Night of Van Gogh," co-authored by him, Caldwell and Peter Wolf. Scaggs was in top vocal shape when he cut this: cool, bemused, but able to capture and communicate emotion mellifluously with freeze frame accuracy. While Other Roads didn't scale the charts as an album, and is regarded as a minor work, hearing it in the 21st century reveals Scaggs' ambition and vision reach outside the box in a collection of great songs -- even if the production doesn't fare as well as the material. 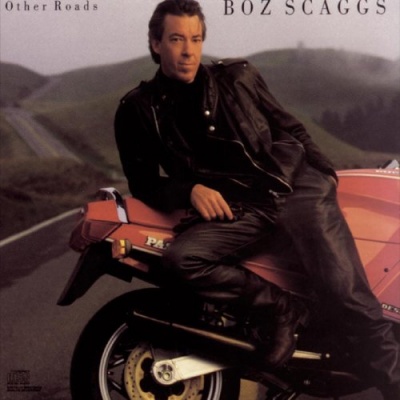