You'd be forgiven if you assumed "Walking on the Moon," the opening cut on Karmin's major-label debut EP, Hello, was a cover of the Police's classic. After all, the duo of Amy Heidemann and Nick Noonan made their name in 2011 via smirking YouTube covers of hits by Chris Brown, Lil Wayne, and Nicki Minaj, so jokey versions of new wave classics are no great stretch, but Hello is where Karmin attempt to shake off the specter of novelty and present themselves as an honest to goodness modern pop band, the kind that can work with such heavy-hitters as Tricky Stewart and Stargate. Those two producers have scored hits for Britney Spears, Beyoncé, Rihanna, and Katy Perry, and that gives a good idea of how Karmin hope to market themselves: stylish dance-pop with an urban twist. It all sounds simple and commercial enough but the spanner in the works is the manic pixie Heidemann, who spits out raps with dexterity and derision, always managing to sound contemptuous of the very form she's chosen. Certainly, by offering nothing but original material Hello skates around some of the questionable concerns about race their Brown and Minaj covers raised but they're not gone entirely, not with Karmin reworking "Single Ladies" as "Too Many Fish" and not with taking on the haters on "I Told You So," where Heidemann boasts that she'd "figured I'd write it in a hip-hop song." When Heidemann spits out those words, it's with a sneer that's directed at the listeners and hip-hop itself; with her ferociously showy technique, there's always a sense that Heidemann is convinced her sheer willpower can dazzle and masquerade whatever distaste she has for the songs she is singing. And there's always a sense that she and Noonan believe they're lowering themselves to sing pop music, that they are better, smarter, funnier than the music they're making...and that alienating smug entitlement is impossible to shake even when the productions are appealing, as they are through half of Hello. 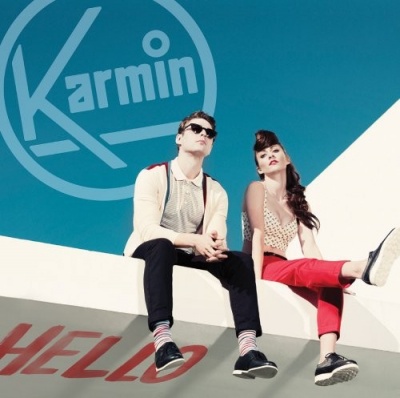