It's difficult to call any band passé upon the arrival of their debut, but in the case of Karmin, it's kind of true. Pulses appeared in March of 2014, nearly four years after the duo's initial first flush of YouTube success and three years after it was announced they'd deliver their debut for Epic, and two years after Hello, their debut Epic EP emerged. What was the holdup? Likely the impossibility of translating their cutesy smirk from viral video to actual pop record. Karmin specialized in tongue-in-cheek covers of R&B hits, the kind of thing that makes for a quick sensation online, but they had no identifiable sound outside of Amy Heidemann's fleet, ironic raps and her winking banter with partner Nick Noonan. Karmin squeaked out a hit with "Broken Hearted" from the Hello EP, but the rest of the record didn't do much, nor did "Acapella," the first single from Pulses that arrived in the summer of 2013, turning into a Top Ten hit in Australia and New Zealand and nowhere else. Such soft acceptance meant that it was time to retool Karmin. Heidemann and Noonan are still credited as executive producers on Pulses, but their trademark quirk has been streamlined in an attempt to shoehorn the duo into the confines of modern R&B and pop. It's not just a sonic change, it's one of image: gone is the knowing brunette pinup 'do of Heidemann's YouTube videos, replaced by an anonymous platinum blonde, where she just looks like another run-of-the-mill pop tart. Musically, Karmin occasionally bring the quirk, largely through Amy's increasingly irritating raps, but the best moments on Pulses are when they sound least like themselves: the giddy resurrection of Off the Wall on "I Want It All," and the cool new wave pulse of "Hate to Love You." Here, Karmin seem far away from the jokey upstarts that swept the digital nation in 2011, and that's the problem: these are fun songs but they could've been by anybody. It doesn't matter that they're from a Karmin that no longer look or sound like Karmin. 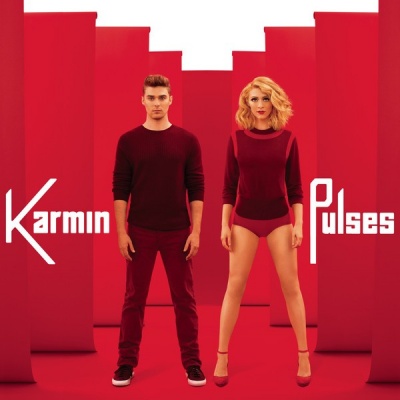