Four years after her last studio offering, Mexican pop diva Thalía returns with the ambitious Habítame Siempre. Dedicated to her late mother, the album features a wide array of styles, and more than a few surprises. While the title track single is a ballad in the grand Mexican pop tradition, it is quickly followed by a cover of Gloria Estefan's classic "Con los Años Que Me Quedan," with a similar arrangement but using four different voices to color it differently. The set includes a series of duets as well, including "Te Perdiste Mi Amor" with Prince Royce and "Muñequita Linda" with Robbie Williams, with a musical cabaret style that harks back to the 1940s. Her reading of the ubiquitous "Bésame Mucho" with Michael Bublé, in both Spanish and English, weds classic pop to tango and nueva canción in a stunning arrangement. [The Mexican and Target versions have three exclusive bonus tracks.] 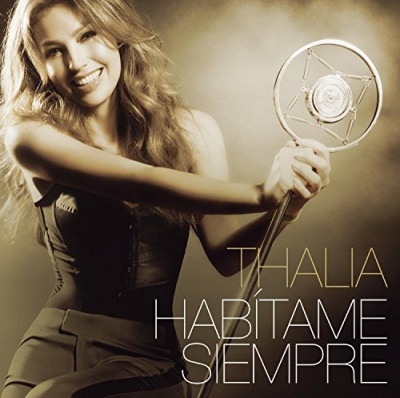