The ambitiously-named Greatest Remixes, Vol. 1 was released in the wake of producers Robert Clivillés and David Cole's success with the dance-pop confection of C+C Music Factory's Gonna Make You Sweat. Bloated at 13 tracks, Greatest Remixes nevertheless succeeds by revisiting what made us sweat in the first place. The blatant "C+C Music Factory MTV Medley" runs through each single's memorable hook, and ups the danceable ante with beats that bring the music back into the club where it was born. At first, a re-recording of U2's "Pride (In the Name of Love)" would seem sacrilegious, or at least ill-advised. But the Factory finds a way to pull it off, employing a coed duet style, some serious bass, and a throaty gospel chorus to marry the original's grandeur to the reversion's insistent club beats. The outro breakdown is a nice touch, too. Greatest Remixes is fleshed out with re-workings of Clivillés and Cole's productions outside of C+C Factory. Of these, the best is a remix of the Cover Girls' "Because of You." It retains its infectious freestyle vibe, but additional keyboard squiggles and drum programming give the song an edgy feel that's even more dancefloor-friendly. Nothing else really hits with the same immediacy; the remix of David Cole's simpering ballad "You Take My Breath Away" is just selfish. But the inclusion of "Do It Properly" (from an early C + C incarnation known as Two Puerto Ricans, A Black Man & a Dominican) and the remix of a Chaka Khan track from 1980 does add some texture and posterity to a set that's otherwise doomed to in-the-moment status. 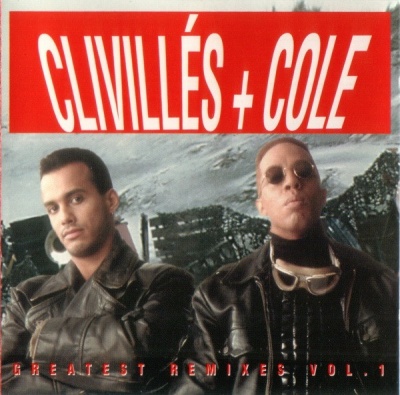