Grace Around the World Review

Jeff Buckley didn't leave behind an extensive body of work: a live EP; his debut LP, Grace; a handful of B-sides; plus an unfinished album. After his untimely death, all this material has seen reissue in some form -- a deluxe version of the debut, a posthumous collection of the incomplete sophomore album -- which meant the only things still left in the vault were more live performances, specifically the ones he gave for TV stations across the globe. Sony/Legacy's 2009 set Grace Around the World rounds up the bulk of these performances and offers them as a CD/DVD set, with the CD offering 12 of the 14 performances on the DVD (a "Last Goodbye" from a January 1995 session for MTV's 120 Minutes and "Vancouver" from the U.K. MTV's Most Wanted from two months later being the tunes left behind). The DVD also has a music video of "Hallelujah," a VH1 Behind the Scenes "Star Tours," and an interview, making this a clearinghouse of most of the existing broadcast footage of Buckley from the first months of 1995, something that by its very definition is designed for diehards, the diehards who will also appreciate the addition of the very good hourlong documentary Amazing Grace on the one-CD/two-DVD deluxe version of Grace Around the World, especially as it focuses on his music more than his myth. The same could be said of this set at large: it captures him as a working musician, pushing his first album hard, trying to get his name and music known, not caring about anything outside of the moment -- all things that offer a potent, stirring reminder of Buckley's power and grace. 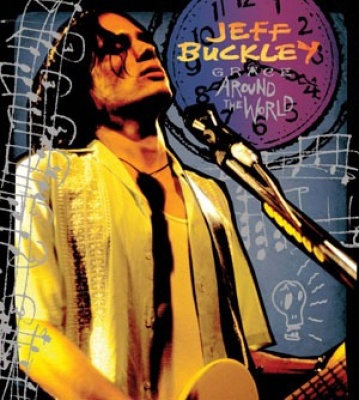 Grace Around the World Album Information