Give Up the Ghost Review

If there was any flaw with Brandi Carlile's second album, The Story, it's that it was perhaps a touch too austere, painted in amber tones by producer T Bone Burnett. Its 2009 sequel, Give Up the Ghost, opens up and breathes, perhaps partially due to swapping T Bone for Rick Rubin, who retains the spooky, serious vibe but makes things a little less chilly. This isn't sealed off; there is room for guests here, including such L.A. linchpins as Benmont Tench and Red Hot Chili Pepper Chad Smith, but also Elton John and his arranger, Paul Buckmaster. Tellingly, their presence is felt more than heard, as they never remove the spotlight from Carlile, who remains a singularly powerful singer/songwriter. When things are Spartan, her voice is haunting and gripping, wrenching out operatic emotions, but Give Up the Ghost trumps The Story because she allows herself to lighten up, to rock again on "Dreams" and jump into the rollicking "Caroline," which does indeed recall the barrelhouse jaunt of Honky Chateau. Carlile still prefers sobriety to levity but it never feels affected; it's music that gets under your skin and cuts to the bone. 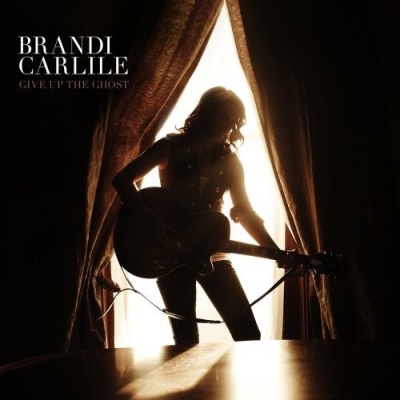 Give Up the Ghost Album Information