Named in honor of the converted turn-of-the-century Washington barn where it was recorded, Brandi Carlile's fourth studio outing, the rough and tumble, sweet and soulful Bear Creek, is as fiery as it is bucolic. Carlile's wonderfully expressive voice is as tailor-made for country as it is for roots rock, and the 13 cuts on Bear Creek lean heavily on the former, striking a nice balance between the nuanced twang of Alison Krauss and the bluesy cockiness of Bonnie Raitt, especially on the spirited, boot-stomping opener "Hard Way Home," the sweet and steady "Keep Your Heart Young," and the gospel-kissed howler "Raise Hell." The notion of diminishing youth (Carlile turned 30 during the making of the album) plays a pivotal role on Bear Creek, and contributes to some of its finest moments. Both "A Promise to Keep," with its soft cadence, deft fingerpicking, and stoic refrain of "The hill I'm walking up is getting good and steep," and the lush and languid closer "Just Kids" manage to bask in the sepia glow of nostalgia without disappearing into the past, which is an attribute that Carlile, with her old-school melodic sense and genuine flair for Roy Orbison/Patsy Cline melodrama, displayed with 2007's blistering future American Idol standard "The Story." Four albums in, Carlile has honed her distinctly retro brand of Northwest Americana down to science, and Bear Creek feels both easy and immediate, which is usually what happens when talented artists finally figure out who they are, and that heartache, failure, defiance, and confidence can all go to the dance together. 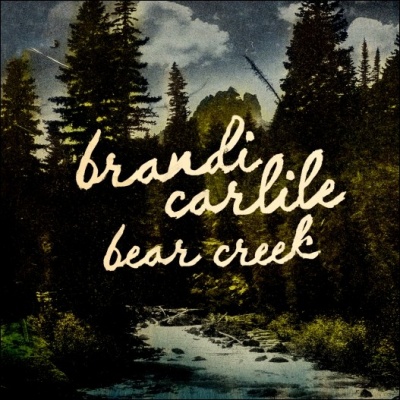