Adam Sandler's Eight Crazy Nights, as it's officially called, is an animated holiday feature about a malcontent whose antisocial attitudes are amended by a kindly old man, both characters voiced by Adam Sandler. The film has a few songs, sung by Sandler in his different voices, and they are included on this brief album. They are mild pop songs punctuated with smutty jokes and bathroom humor, including (though there is no "parental advisory" sticker) the occasional obscenity, making this a questionable holiday album. "At the Mall," sung in the character of the old man, is not actually featured in the film, and the disc concludes with a third installment of Sandler's "The Chanukah Song," in which he cites various celebrities who are Jewish. (There is actually a second take of the song as a hidden track with slightly different lyrics.) All that adds up to less than half an hour of music, but there are also several CD-ROM bonus features playable on computer, including the movie trailer and scenes from the film. The result is not one of Sandler's more memorable efforts. 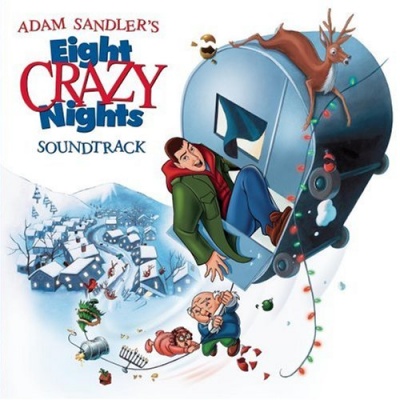