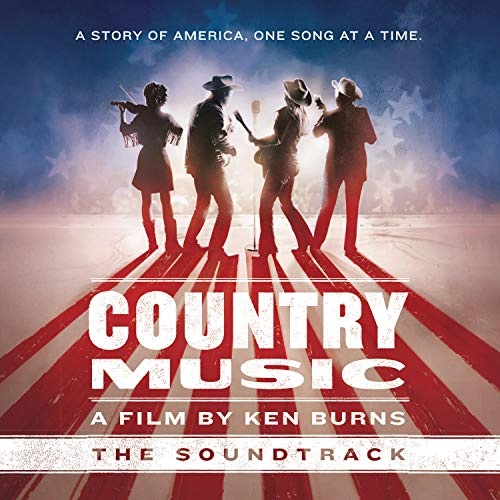 The story of country music in America is big and broad enough, with so many stylistic detours and creative offshoots that, when charting its history, it's difficult to decide what to include and what to leave out. This is the challenge faced by the people who compiled the five-disc box set Country Music: A Film by Ken Burns, tied into the documentary series Burns produced and directed for PBS. Do you lean toward the music that was most historically important? The artists that gained the most critical acclaim? The records that moved the most units and charted the highest? Or visionary outliers who made a difference without gaining public recognition? In the case of Country Music, the curators have chosen to go with the first two criteria, putting the spotlight on music and musicians generally acknowledged as part of country's essential canon and highly regarded by historians and critical listeners. As a result, Country Music is a tastefully compiled and packaged set that doesn't offer a great deal in the way of surprises for anyone seriously devoted to country and roots music. There's little in the way of obscurities, and especially as the set moves into the '70s and '80s, there are plenty of very popular artists who are missing in favor of acts more eagerly embraced by the cognoscenti (which means no Kenny Rogers, Alan Jackson, or Garth Brooks, while Townes Van Zandt, Guy Clark, and Jeannie Seely make the cut). For these reasons, one can quibble at length about this set as a history lesson. As listening, however, it's a rich and pleasurable experience that's rewarding from first track to last. The first three discs are full of songs that are as vitally important as they are entertaining, and if the final 20-percent takes a somewhat highbrow view of country in the '80s and '90s, what's there represents the genre in a manner that's smart, impassioned, and satisfying. And the unreleased take of Rosanne Cash singing "I Still Miss Someone" at a memorial to her father is beautiful and powerful. At its best, country is a genre that deals with the realities of adult life in a way most pop music does not, speaking of both blessings and tragedies in a manner that's unpretentious and deeply relatable. This is the sort of music that dominates Country Music, and while it can only scratch the surface of the full chronology of the genre, it's a glowing testament to why this stuff matters. For people who think they don't like country music and insist it's nothing more than caterwauling about dogs and trucks, this set is just the sort of music that could change their mind. [Country Music: A Film by Ken Burns was also released in an edited two-disc version that does an admirable job of following the arc of the box set in condensed form and may be a better pick for beginners not wanting so deep a dive.]