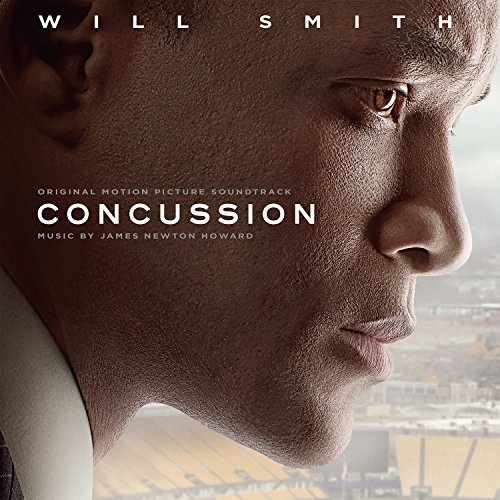 Concussion is a 2015 drama about Dr. Bennet Omalu (played by Will Smith) and his discoveries in the field of brain trauma caused by repeated concussions, specifically in football players. James Newton Howard (The Sixth Sense, The Dark Knight, The Hunger Games franchise) composed the film's score, his second collaboration with director Peter Landesman, having worked on 2013's Parkland. The dramatic score features synth programming by Klayton of Celldweller, along with piano and orchestra. Implied ticking clocks, heartbeats, and electronic noise recur throughout the score, interspersed with warmer passages of harmonious strings and numerous blends of all of the above, as on the arced "Jacked Up." The recording also includes the stark Lisbeth Scott song "In the Darkness," co-written with Harry Gregson-Williams for the 2007 Gone Baby Gone soundtrack; it does not include Concussion's original song "So Long" by retro-soul singer Leon Bridges.