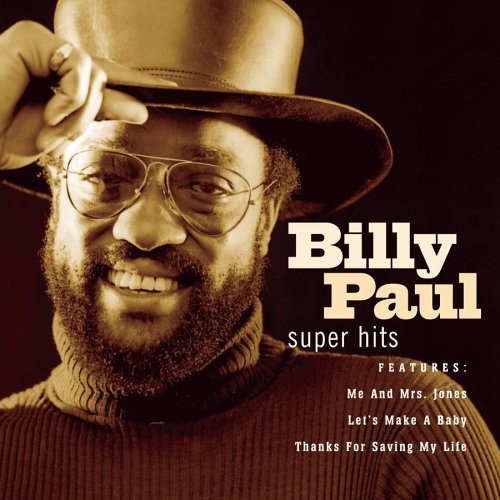 This is a very decent -- if somewhat slim -- compilation of recordings by the great Billy Paul taken from his Philadelphia International years, covering four albums, Ebony Woman, Going East, 360 Degrees of Billy Paul, and War of the Gods, all recorded between 1970 and 1973, during which time he experienced his greatest hit, "Me and Mrs. Jones." The compelling thing about this comp is to hear Paul for what he was, the single most unusual talent in the Gamble & Huff stable: Paul was not a natural soul singer, and indeed came from a jazz and rhythm & blues background, having begun his recording career in the 1950s. By the 1970s he was not only a seasoned artist, but one at the peak of his vocal powers who offered a much more sophisticated soft jazzy sound to a label that was known for its upbeat anthems. Take in his version of Elton John and Bernie Taupin's "Your Song" for sheer spine-chilling beauty, or try his reading of Al Green's iconic "Let's Stay Together," which couldn't be further from the original but is defining in its own way and brings a whole new level of depth and commitment to it. If sophisticated smooth '70s soul is up your alley, then this attractively priced set is a terrific place to start with Paul -- you won't be disappointed.