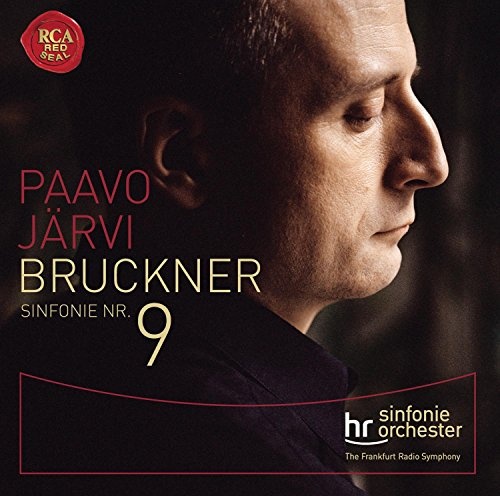 Paavo Järvi is not noted primarily as a Bruckner conductor, but this 2008 performance of the Symphony No. 9 in D minor with the Frankfurt Radio Symphony Orchestra promises great things to come if he chooses to record the other symphonies with as much expressive depth and personal connection. Järvi often takes considerable liberties in conducting the Romantic repertoire, and his elastic rubato sometimes seems too loose, yet it works rather well here and seems to open up Bruckner's monumental harmonic rhythms and heavy structures to a more flexible and freer interpretation. Granted, the Symphony No. 9 is still one of Bruckner's weightiest works, and it is many times rendered as if it is carved in granite, so ponderous are its fanfares and dense its orchestration. Yet Järvi draws out a fluid and evenly paced performance from the Frankfurt orchestra, and the overall feeling of the music is of transparency, smoothness, delicacy, and radiance, traits that are seldom associated with this piece, but should be. The first movement retains its gloomy depths and elegiac lyricism, while the scherzo is still menacing in its hammered dissonances, and the Adagio keeps its air of mystery and majesty. But Järvi has given this elevated symphony a more human dimension, and through the rapport he has developed with his musicians, he communicates more intimately and warmly than one might expect in this massive valedictory work, which Bruckner dedicated to God. Thanks to RCA's terrific DSD recording, this is one of the best sounding Ninths to appear in ages, and this hybrid SACD is compatible with conventional compact disc and super audio players. Highly recommended.