Sony's 2010 album Brahms: Greatest Hits follows the example set by the older Columbia and CBS Masterworks greatest-hits series, yet while several of the pieces are the same as those on its predecessors, the personnel for this disc is quite different. Replacing the stalwarts of the 1970s lineup, such as Leonard Bernstein, Eugene Ormandy, and André Kostelanetz, are George Szell, Fritz Reiner, James Levine, and Pierre Monteux, to show something of the increased choices available beyond the label's older catalog listings. The Academic Festival Overture, the Hungarian Dance No. 5, and excerpts from the Symphony No. 1 and the Symphony No. 3 are revisited in different performances, and the substitution of a vocal version of the famous Wiegenlied ("Brahms' Lullaby") for Kostelanetz's easy listening arrangement is a plus. The additional excerpts from the Piano Concerto No. 2 , the Violin Concerto, and Ein deutsches Requiem give a fuller impression of Brahms' style and substance than the shorter LP and CD releases could, and the replacement of the Waltz in A flat major with the Intermezzo in A major is at least an equivalent swap. The one thing beginners should guard against is the notion that this greatest-hits album or any others, for that matter, are sufficient for learning about classical music; this is certainly an enjoyable introduction to the music of Brahms, but there are many greater recordings of his complete pieces available, so don't stop with this compilation. 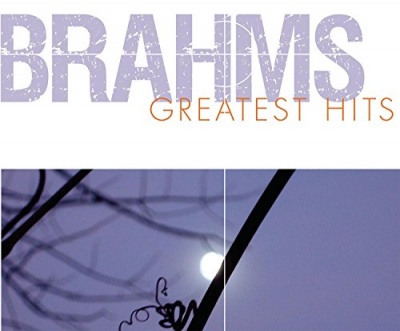