Having gotten a much needed recharge with the excellent "All That Money Wants" single and further helped by the reappearance of Vince Ely on drums, the back-to-a-quartet Furs came up with an album that erased the misfire of Midnight to Midnight almost completely. Book of Days also benefited from a great producer -- Dave Allen, whose work with the Cure is partially echoed at many points on this textured, strong collection of songs. Richard Butler's voice isn't remarkably different than before but he sounds better all the same, Allen letting his voice through the mix while John Ashton's rich and ringing guitars fill out the mix instead of keyboards. The Tim Butler/Ely rhythm section, if not always as frenetic as in early days, shows a partnership well reestablished, and the end result can often rival the early Furs at their best. Perhaps the slight difference -- and the reason why it's not a perfect success -- is that there aren't as many instantly grab-your-attention songs as there could be, something the band never really had a problem with before. Often the best moments aren't the individual songs but their differing approaches -- the heavily distorted bass rumble of "Entertain Me," the stripped-down blend of acoustic guitar and cello of "Torch." If anything, Allen's work with both the Cure and the Chameleons gets useful and understandable echoes here, heard on finer songs like the slow, queasily unsettled title track -- Ashton's guitar is some of his finest -- and "I Don't Mine." There is one truly killer moment, however -- "House," which far from being a nod to the U.K.'s acid house explosion is prime Furs through and through, with a wonderful Ashton introduction, one of Butler's least cryptic lyrics on the whole album, and a soaring, strong chorus. 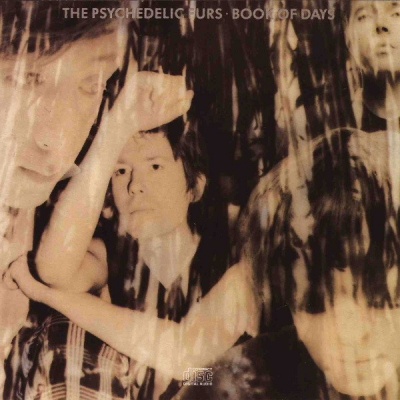