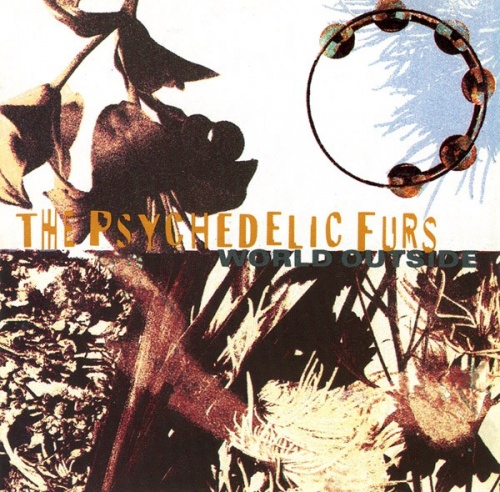 What turned out to be the final Psychedelic Furs album as such in the band's initial existence was in ways an appropriate sort of bookend, in that for one last time the group officially was a sextet (though Vince Ely, having performed well on Book of Days, left once more). That said, World Outside wasn't part two of the debut, and ended up being a bit of an ambiguous conclusion to the group's days. On the one hand, the songs throughout were much more direct and often more memorable than on Book of Days, while the co-production by Stephen Street, who had worked with the band to such excellent effect on "All That Money Wants," was another sharp move. While showing as much in the way of detail and texture as Dave Allen did on Book of Days, generally speaking the album is a bit lighter and less overwhelming, letting the songs stand out more. That said, though it sometimes comes close, there's nothing quite as immediate as "Pretty in Pink" or "Love My Way" -- perhaps the sign of an older band wanting to explore things in its own way, but still there's the nagging sense that something is missing. Lead single "Until She Comes" is a winner, though albeit in a lower-key way, a lovely slow ballad that shimmers like a lake in the afternoon sun. Follow-up single "Don't Be a Girl" could have been another success, but aside from John Ashton's great opening guitar it's a bit here, a bit there -- the album's problem in a nutshell, where there are many good songs but few great ones. Regardless, there are enough moments on World Outside that really connect well, including the charging and inspirational "In My Head," a fine counterpart to Book of Days' "House," the acoustic guitar-led "Get a Room," and the understated anthem "There's a World."