The overtures of Hector Berlioz are in a class of their own, alternately zippy and jittery, redolent with nervous energy and languid, even meditative, this last quality being a particularly important influence on Richard Wagner. Nonetheless, outside of the atypically gleeful Roman Carnival Overture, Op. 9, most of Berlioz's overtures are relatively little known and are only seldom recorded as a unit. Sir Colin Davis is an old hand with Berlioz, having recorded the Frenchman's entire orchestral output for Philips. Berlioz: Overtures in RCA Red Seal's series Classics Library was recorded during a brief spell that Davis spent recording for RCA and was initially released in 1997 with a rather dour photo of the maestro on its front cover. The Classics Library version replaces this with a colorful and snappy image of a peacock feather and significantly undercuts the price of the full-price release even as the original full-price version is still technically available.

Davis certainly knows his Berlioz -- he never allows the Staatskapelle Dresden to coast through the slower, easier sections of these pieces, precisely as any semi-somnambulant orchestra is not going to be on the ball enough to get the quick stuff right. Nor does Davis seek to soften the focus of Berlioz's more bizarre orchestral ideas. His sense of discipline and deep knowledge of this music results in some truly magical events, for example, in the middle section of the Béatrice et Bénédict Overture, the orchestra is required to stop on a dime at several points, in fast tempo, in order for isolated notes to stick out here and there. In less capable hands, such details become an amorphous blur.

Hardcore Berlioz fanciers would never dream of listening to Berlioz's overtures outside the context of the larger works to which they belong, if the larger work is available, and in some cases, it is not. On the other hand, collections of Berlioz's overtures can be very useful to those who want to know Berlioz better, but find the gigantic works aside from the Symphony Fantastique bewildering. While competing offerings on lower-priced labels are still viable, and in some cases good, RCA Red Seal's Berlioz: Overtures is the gold standard. In addition, at the price offered in the Classics Library series, it is not going to set one back much more than the budget-priced competition. 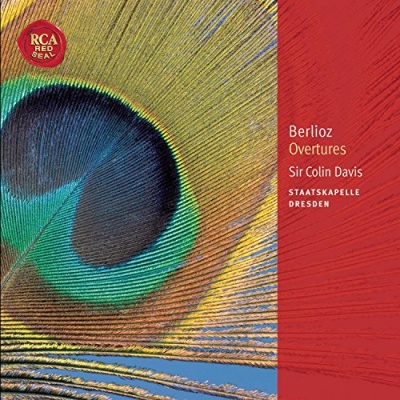