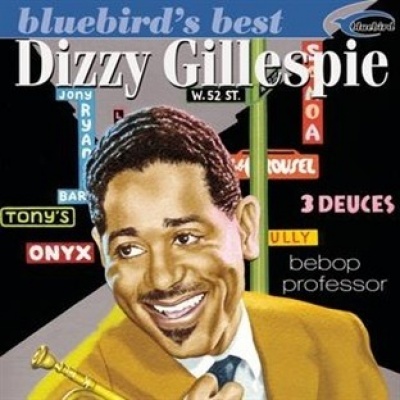 Veteran jazz producer Orrin Keepnews once stated that there are basically two types of jazz: before Charlie Parker and after Charlie Parker. Keepnews wasn't saying that bop, modal post-bop, third stream, and free jazz were identical, or that Dixieland sounded exactly like swing. His point was that in certain respects, Bird changed jazz forever. The bebop revolutionary changed the way jazzmen improvised, and thanks to Bird, jazz became more cerebral and less commercial -- after World War II, jazz no long enjoyed mass appeal (except on rare occasions). One of the people who helped Parker lead that bebop revolution was trumpeter Dizzy Gillespie, and this collection boasts some of the most important recordings from bop's early years. Many of the classics on Bebop Professor, which spans 1939-1949, are an essential part of any bop collection, including "A Night in Tunisia," "Anthropology," "Good Bait," and Gillespie's 1949 interpretation of Lester Young's "Jumpin' With Symphony Sid." This CD also contains a few early examples of what came to be called Latin jazz; in 1947, "Manteca" and "Chano Pozo" both demonstrated that bop and Afro-Cuban music could be a powerful combination. The only track that doesn't fall into the bop category is 1939's "Hot Mallets," which takes listeners back to a time when Gillespie was a sideman in Lionel Hampton's big band and was still playing swing. Bebop Professor isn't the last word on Gillespie's early years; some essential recordings from the '40s are missing, including "Groovin' High" and "Woody 'n You." And for novices, a better, more comprehensive starting point would be RCA's two-CD set The Complete RCA Victor Recordings: 1937-1949. Nonetheless, Bebop Professor does offer an exciting, although not terribly generous, overview of the trumpeter's early period.