Back to Titanic Review

Titanic was a phenomenon in more ways than one. It was certainly unheard of for a film to break the billion-dollar barrier, but it was also unheard of for a largely instrumental soundtrack album to stay on top of the music charts for weeks on end. And it was James Horner's instrumentals that did it, too -- if it was just Celine Dion's single keeping it there, her own album would have fallen down the charts. So, Horner's Titanic was a blockbuster on par with the film, but there was one thing that distinguished it from James Cameron's movie -- there could be a sequel to the soundtrack. Both Sony Classical and Horner realized this simple fact, so they released Back to Titanic to coincide with the video release of Titanic in late summer 1998. Since much of his original score was on the original soundtrack, he had only a little bit of unreleased music for Back to Titanic. No problem -- fill out the rest of the album with Celtic music that served as inspiration for Horner and Cameron (Enya, however, is curiously absent), and add a new version of "My Heart Will Go On" that has film dialogue layered over the original recording, à la the popular radio-play version of Bruce Springsteen's Jerry Maguire love theme, "Secret Garden." The end result may be a little padded, but it's no less enjoyable, even if Back to Titanic doesn't hit the heights of its predecessor. 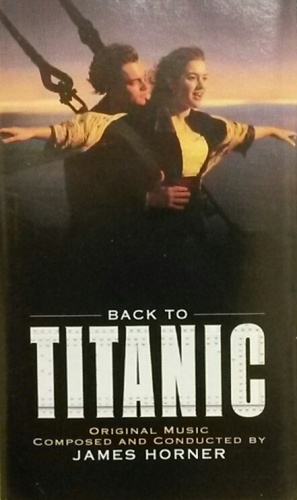 Back to Titanic Album Information