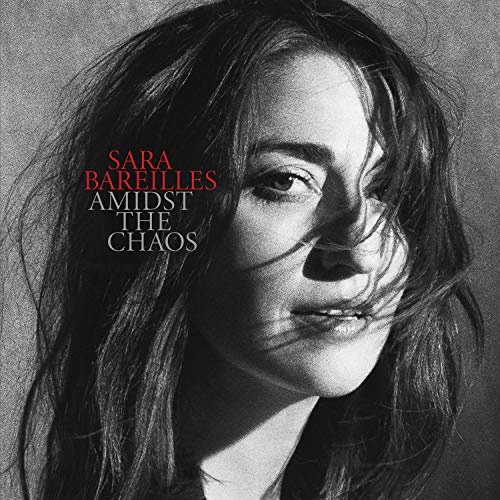 There may be no other title that captures the feeling of living in the late 2010s than Amidst the Chaos, the name Sara Bareilles gave her sixth album. Appropriately, Amidst the Chaos feels as if it was born from the turmoil left in the wake of the 2016 election, wearing its scars proudly even as it hesitatingly offers glimmers of hope. Bareilles doesn't address politics directly, preferring to rhapsodize about the Obama era in the guise of love songs and donning metaphorical armor to combat the age of Trump, and such skilled obliqueness -- where the audience recognizes what's being said, even if the themes are never spoken out loud -- are a reflection of how Bareilles has sharpened her songwriting by writing tunes for the stage during the bulk of the 2010s. There are hints of theatricality on Amidst the Chaos, particularly when the tempo quickens, but Bareilles opted to cut the album with T-Bone Burnett, a producer who specializes in analog impressionism. Burnett's predilection for foggy, atmospheric audio stands in stark contrast to the crisp, bright productions of Bareilles' earlier records, a shift that's more startling than the singer/songwriter's decision to tackle socio-political topics, yet his deliberately arty setting emphasizes Bareilles' versatility. Much of the album is moody and contemplative, a tone that suits Burnett's atmospheric touch, yet this also makes the handful of pop tunes -- "If I Can't Have You," which nearly glides by in its effervescence and the rolling "Orpheus" -- seem all the more vivid, while also setting the gospel undertones of "Saint Honesty" and the steeliness of "Eyes on You" in an effective, welcome contrast. Such distinctions are subtle but notable, and Amidst the Chaos invites the kind of close listening that helps draw out these differences: its surfaces are elusive and inviting, and its core is deep and nuanced, a combination that results in a rich, rewarding experience that shifts slightly with each return visit.