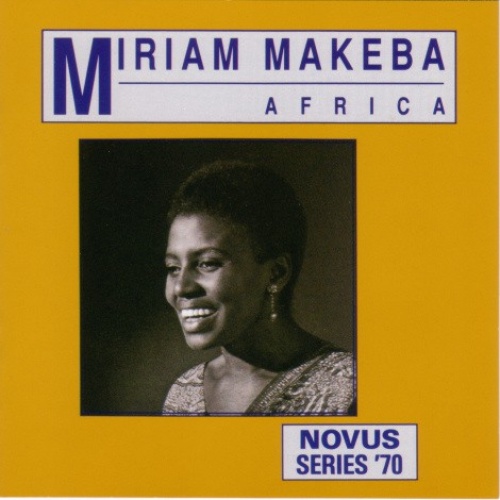 One doesn't necessarily have to either understand Miriam Makeba's native tongue or speak French to comprehend the depth and scope of her musical approach. Born in Johannesburg, of Zulu origin, Makeba has been affectionately termed "Mama Africa" by millions of fans worldwide, an appellation that is well deserved.

Featuring material recorded in her early days, the 1960s, AFRICA stands as testament to Makeba's brilliance as a songwriter and song interpreter. On AFRICA, she's teamed up with her famous ex-husband, Hugh Masekela, who arranges and co-writes such wonderful tunes as "Qhude," and "Maduna" among others. Delivering a message of hope, Makeba's singing is a true triumph of liberty, spirit, and resilience. The most moving tune on this compilation is probably "Khawuleza" which means "Hurry, mama, hurry," which revolves around the brutalities of apartheid and black South Africa's attempts to overcome it.