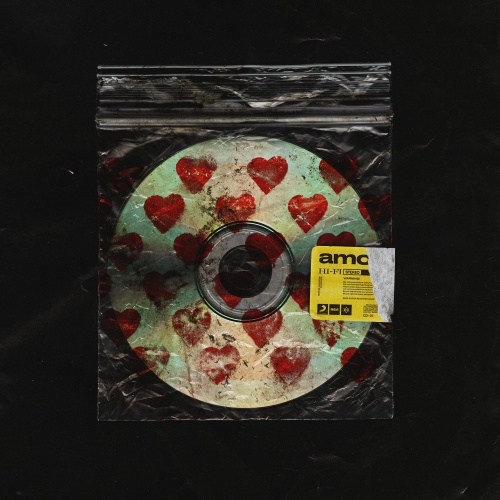 Fully committing to the mainstream-leaning direction of 2015's That's the Spirit, English quintet Bring Me the Horizon takes that ethos ten steps further with their daring sixth album, Amo. While its predecessor was already considered divisive for fans of the formerly deathcore/metalcore outfit, this is the one that could really split the fan base. Amo is the sound of a completely rebooted band. The results are refreshing and exciting, but shouldn't be entirely unexpected given Spirit's poppiest moments and frontman Oli Sykes' ever-changing vocal delivery. Here, Bring Me the Horizon have perfected a post-hardcore/pop blend (popcore?) that is daring and experimental, absorbing elements from the realms of electronic, synth pop, and trap while weaving them effortlessly with their existing base of pummeling drums, crushing riffs, the occasional throat-shredding screaming, and even orchestral embellishments inspired by their 2016 stint at the Royal Albert Hall. The second effort to be produced by Sykes and bandmate Jordan Fish, Amo centers on its titular theme of love, covering the spectrum from pure romance to toxic passion and the shades between that were mainly inspired by Sykes' 2016 infidelity-inspired divorce and his 2017 second marriage. Surprisingly, much of the pain is reserved for the more subdued moments like the atmospheric "I Apologise If You Feel Something"; the patient "In the Dark," which sounds like an angsty Ed Sheeran number; the electro-washed "Ouch"; and the dreamy future house "Fresh Bruises." The pure pop single "Medicine" shocks simply with its accessibility and mainstream-ready hook, while "Mother Tongue" is soaring and sugary, showcasing Sykes' tender and earnest vocal delivery. While this may seem worrisome for listeners expecting a taste of something heavy, Bring Me the Horizon are sure not to completely alienate their loyal fans, reserving the vitriol for Amo's heaviest moments. Lead single "Mantra" is the big singalong anthem, heavy enough to stand alongside the highlights on That's the Spirit, while the apocalyptic "Wonderful Life" with Cradle of Filth's Dani Filth and the cheekily titled "Sugar Honey Ice & Tea" crash and boom with aplomb. One of the album's biggest risks -- and its exhilarating standout -- is "Nihilist Blues," a collaboration with art-popster Grimes that resurrects the throbbing Eurodance of the '90s in a dark rave that recalls the AFI industrial-techno side project Blaqk Audio. While a little old-fashioned bloodletting might be welcome for familiarity's sake, Bring Me the Horizon's early albums are available for those purging needs. Amo is a genre-bending thrill ride that marks a brave new era for the band. Placing a significant amount of trust in their fan base, Bring Me the Horizon deliver an utterly refreshing and forward-thinking statement that finds them in complete control of their vision.