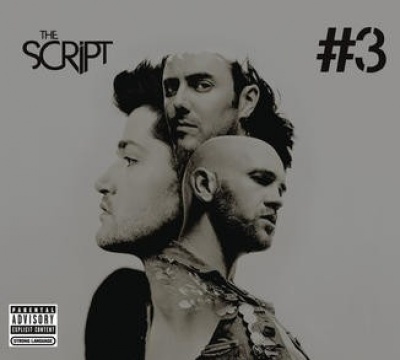 The third studio album from Dublin-based ensemble the Script, 2012's #3 finds the band delivering more of its emotionally charged, radio-ready melodic pop. The album follows up 2010's Science & Faith, and once again focuses largely on showcasing the lyrics of vocalist and The Voice UK judge Danny O'Donoghue. Also featured here is Black Eyed Peas member will.i.am, who guests on the leadoff single, "Hall of Fame." While the Script's slickly produced brand of pop fits well next to other contemporary acts, O'Donoghue and guitarist Mark Sheehan have always written material that draws on a wide array of influences, from folky Bob Dylan, to campy Elton John, to stadium-friendly U2. The Script also draw quite explicitly upon their own life experiences. With O'Donoghue having recently split with a longtime girlfriend, not to mention that both he and Sheehan lost parents early in their careers, the group's lyrics are a bittersweet trove of heartbreak and loss. But not all the songs on #3 are poignant or moody in tone. The band also has a bent toward anthemic adult alternative rock; light, contemporary R&B and, as on the rap-heavy, dancey "If You Could See Me Now," the passionate uplift of Ryan Tedder's OneRepublic, the scat-rap of singer/songwriter Jason Mraz, and the romantic ballad side of Maroon 5. Songs such as the passionate ballad "Six Degrees of Separation," the sparkling and romantic "Glowing," and the yearning "No Words" are catchy, well-crafted modern pop cuts that should appeal to the Script's longtime fans, as well as any casual listener of heartfelt mainstream music.