The Script's fifth album, 2017's Freedom Child, is a vibrant, immediately engaging effort that finds them nicely balancing their various influences, from slick dance-pop to kinetic R&B and thoughtful, crowd-pleasing anthems. Produced by the band along with veteran studio wiz Andrew Frampton (Olly Murs, David Guetta, Natasha Bedingfield), Freedom Child showcases some of the Irish group's most instantly memorable compositions to date with songs like the driving, reggae-meets-EDM opener "No Man Is an Island," the passionately uplifting "Rock the World," and the hip-hop-tinged, handclap-ready "Mad Love," with its Anthony Kiedis-esque rap. Similar cuts, like the yearning "Rain," the falsetto-accented "Love Not Lovers," and the dramatic "Written in the Scars" should appeal to longtime fans, as they bring to mind the soulful rock meets R&B of their debut album. It also doesn't hurt that lead singer/songwriter Danny O'Donoghue sounds tangibly present on each track, his voice full and warm with resonance, bringing to mind a surprisingly pleasant combination of Maroon 5's Adam Levine and neo-crooner Michael Bublé. And while much of the appeal of Freedom Child lies in the catchy nature of the songs, it's not simply a frothy, club-centric confection. On the contrary, the Script included a number of weighty subjects, from the more personal ("Wonders," "Written in the Scars") all the way up to the current state of political and social unrest around the world. Along with the rousing title track, it's a point of view most explicitly conveyed on the earnestly delivered "Divided States of America." O'Donoghue sings "They built these walls so high/Let's reach across that great divide/Brick by brick, stone by stone/Let's build a bridge to get us home." Ultimately, it's that combination of aspirational uplift and hooky pop savvy that makes the fertile ground of Freedom Child feel both charmingly familiar and new. 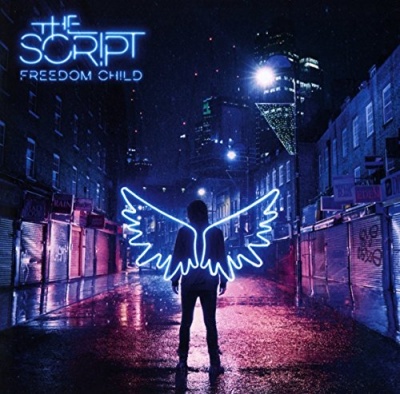