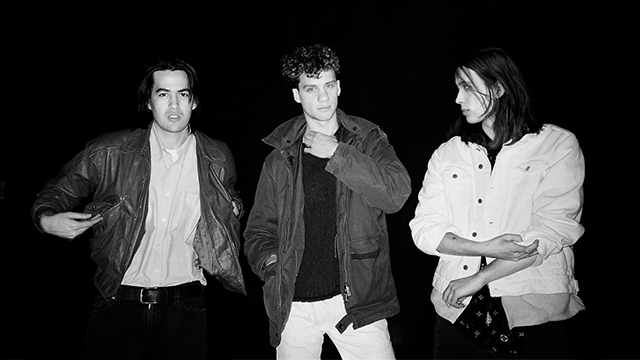 Smith Westerns' third album, Soft Will, just landed on the shelves. It features a band that’s growing up in real life and musically. The arrangements are more opened up, the sound is fuller and the songs show a more mature outlook on life. That’s not to say the album is a snooze! Not at all. The trio still put plenty of poppy energy into the songs, and it might be their easiest-to-love record so far. We asked the fellas to tell us about some of their favorite things and they sent back a list that’s pretty heavy on their hometown of Chicago.

First, here’s a song from the record:


Cullen
Fatal Jamz - “Rookie”
Was turned on to this band by our old friend John Anderson who used to play in Girls and now plays occasionally with this band. Love the vocals, the melody, and image of the band. Great summer song.

Nate Robinson
Truly inspirational human being. The way he stepped in and kept the Bulls alive in the playoffs while everyone was sick or hurt is amazing. A great role model and champion of the underdog

Pizzeria Pretzel Combos
Got these as a joke when I was stoned and they turned out to be surprisingly amazing. If you can look past the disgusting pretzel that’s crammed with weird tomato paste and cheese then you're headed to flavor country!

My hamster, Popsicle
I got him around Christmas and I haven't felt so much love. When I got him he had a small starter pack cage, but for my birthday Cameron gifted me the Bentley of hamster cages. Now Popsicle hangs out in his penthouse bubble tunnel.

Empty Bottle
Whether I'm going there to meet a friend or see an up-and-coming band, I always end up having a great time. One of the few places we used to play a ton in Chicago while we were just starting off in high school. Played there when there were five people and played it sold out for months in advance. Lots of good memories


Fish Tacos
Pretty much the only thing I will eat after 12 pm.

My '69 Les Paul Professional
A super weird find at this amazing guitar shop in Chicago -- these guitars were only made for a year, and are basically an early version of the Les Paul Recording. They were made specifically for studio use and as a result are super versatile and fun to mess around with -- not to mention I think it's one of the most beautiful guitars ever made.


Far Cry 3 (Xbox 360)
Cullen turned me onto this game. Been playing it for a while now. Very fun.

Daniel Carcillo
The coolest guy on the best hockey team.

The Poplist with Dirty Beaches

The Poplist with Brilliant Colors

The Poplist with Dirty Beaches

The Poplist with Brilliant Colors