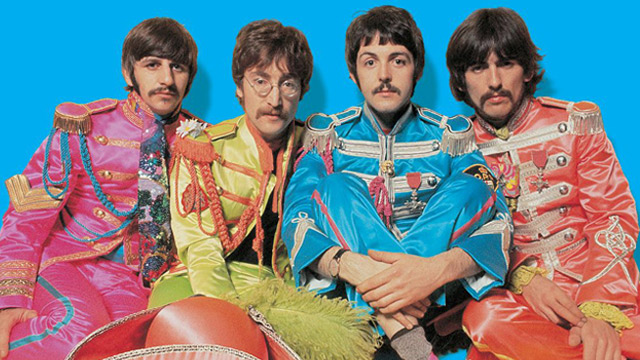 Sgt. Pepper's Lonely Hearts Club Band always has been treated differently than the rest of the Beatles' catalog. Upon its 1967 release, it was hailed as a masterpiece and it has never shaken its reputation as the album where rock & roll turned into art. The Beatles naturally adopted this position and chose to spotlight Sgt. Pepper whenever they could, including releasing it alone on its 20th anniversary when the band's music debuted on compact disc in 1987. Thirty years later, Sgt. Pepper is given the full blown deluxe reissue treatment, where the album gets a new stereo mix from Giles Martin and there are two separate editions filled with outtakes: one a simple double disc set, the other a lavish six disc box containing the original mono mix and DVDs and Blu-ray with 5.1 mixes, promo clips and documentaries. Expanded reissues have been commonplace since the '90s but this is the first time the Beatles have offered a deep excavation into their archives for one individual album.

Such an archival project may be long overdue but the fiftieth anniversary editions of Sgt. Pepper are excellent, in no small part due to Martin's stunning stereo remix of the original album. Working from the multitrack master tapes and using the original 1967 mono mix—the one mix that the Beatles supervised; the 1967 stereo mix was an afterthought—as a guide, Martin achieves something wondrous: a remix that retains the vibe of the original album yet feels vivid and immersive. Nothing new has been added to the mix, either for the stereo or the accompanying 5.1 version, but the expanded soundstage helps highlight everything from vocal harmonies and guitar vamps to the wallop of the rhythm section of Paul McCartney and Ringo Starr. It's as colorful as Pepper's psychedelic reputation but its muscularity emphasizes how much of the album was cut by four musicians playing in a room, a fact underscored by the bonus material on the deluxe editions (the six-disc contains two discs of highlights, the two-CD set has a disc of highlights).

While there are tracks containing studio musicians—the most interesting of these is an instrumental "Penny Lane," which emphasizes its debt to the Beach Boys' Pet Sounds—most of these feature the Fab Four figuring out which direction to take a song and there are sly revelations lying within their interactions. Anchored by an electric piano, "Getting Better" glides along to a soulful groove, "When I'm Sixty-Four" feels lithe without its woodwind overdubs, the chorus of "Lucy in the Sky with Diamonds" feels funky when there are no vocals and the Beatles tear it up on an early take of "Sgt. Pepper." "Strawberry Fields Forever" and "A Day in the Life" both evolve—"Strawberry Fields" in a manner familiar from Anthology 2, "A Day in the Life" finds the group testing out a group hum for its final chord—and hearing these working versions helps illuminate the work behind the finished product. And, for as good as the bonus material is, what impresses most is Sgt. Pepper itself, presented here both in a new master of its original mono mix and startling stereo mix that makes a perhaps overly familiar album feel fresh.