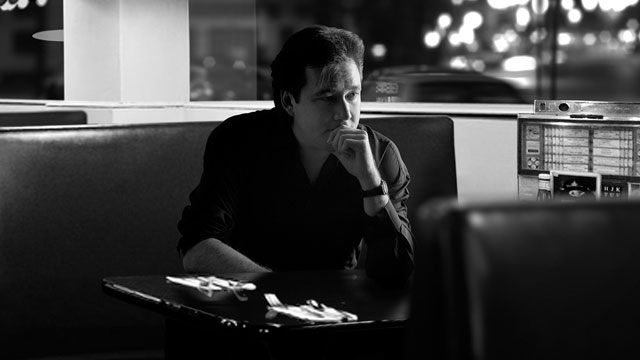 Comedy icon Bill Hicks passed away 20 years ago today, leaving behind a comedic template that would be heavily borrowed, for better or worse, in the following decades. His style could be frighteningly aggressive, prone to bursts of barely-concealed rage when dealing with issues like mass marketing, religious hypocrisy or willful ignorance, or it could be playful and goofy while relaying a story about a youthful drug experience or his gleeful enjoyment of pornography. He could be your chain-smoking friend who tells the funniest stories you ever heard, or he could be the indignant street corner apocalypse harbinger who is so incensed by a vapid and corrupt world that it feels like he's trying to stab you with his words. But regardless of whether he was trying to simply entertain or make a serious, considered point, he was always very, very funny.

Hicks only released a pair of albums during his life, with several posthumous releases in subsequent years. Other than a brush with notoriety following his highly-publicized excision from an episode of Late Night with David Letterman on which he was to be featured, Hicks spent the majority of his comedy career on the fringes, at least in America - British audiences were far more enthusiastic about his biting and often anti-American (specifically the early 90s America of President George W. Bush) sensibility. He earned the attention of a generation of music fans after being featured on the Tool song "Third Eye" and from appearing as an illustration with the caption "Another dead hero" in the liner notes for the band's triple-platinum-selling 1996 album Ænima.

If some his self-assured delivery comes across as cloying in 2014, some of the blame for that has to be ascribed to the myriad comedians in the intervening years who imitated Hicks' rage and exasperation with far less weight and substance behind their bluster. Many have been accused of stealing his persona and material outright, always with far less satisfying results. And of course, references to Rick Astley, New Kids on the Block and Vanilla Ice aren't especially evergreen.

But ultimately, despite all of his disgruntled words and desperation with the direction of humanity, Hicks really did hope for the best; he often closed his sets with a sincere, earnest plea for the betterment of the world through the embrace of love and rejection of fear. And once the echoes of his angry words subsided, this final message was the one that resonated the most.


He had some things to say about music, too. We couldn't leave that out.


AllMusic editor Chris Steffen only listens to comedy on vinyl because it's clearly a funnier, more authentic medium.