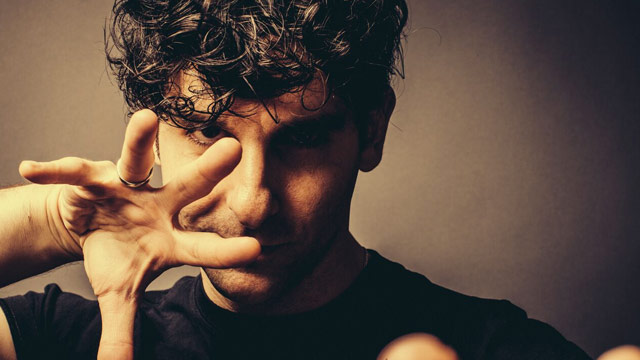 When Low Cut Connie hit the studio to record the songs that would fill the band's two Dirty Pictures albums, frontman Adam Weiner knew that they needed to be distinct albums, not just two batches of songs. Pt. 1, released almost exactly a year ago, ended up carrying a moody, melancholy tone, while the freshly-released Pt. 2 uses those feelings as stepping stones to ultimately reach moments of joy, euphoria, and catharsis.

Recorded at Ardent Studios, the venerated Memphis facility where Big Star, ZZ Top and the Replacements recorded some of their iconic albums, Pt. 2 finds Weiner comfortably moving between blues, pop, and old time rock and roll, resulting in an album that editor Stephen Thomas Erlewine hails as the band's best to date. Weiner spoke with us about peeling away the irony to get to something real, the nightmare frat party that inspired the album's lead track, and the time he spent excavating the history of classic songs he sometimes uses as foundations for his own.

AllMusic: When you were recording the songs for these two releases, did you already have the dividing line established of which songs would go on which album?

Adam Weiner: I thought part one would be a little grimier and just leave people without a resolution, and the second record would be more cathartic or emotional and should give people some kind of feeling of release. That’s how I structure our shows when I put together the setlist and try to figure out how I’m going to attack whatever the circumstances are at a show, whether it’s a festival or a club: it’s always that tension and release, and it’s always best to do it in that order.

AllMusic: What would you point to as the moments of release on Pt. 2?

Weiner: “Beverly” is a song that has a vulnerability to it musically, sonically, and in the writing. It’s very plain-faced, there’s no irony, no mask, and no posture. That is a difficult thing to do when you’re starting a band, everybody has to stake out their lane and figure out who they are and try to make fans and excite people. It’s not easy to just try to be pure, and that song has a kind of purity to it that I wouldn’t have been able to do on previous albums.

Then there’s “Hollywood,” which is just me and a guitar. It’s a very old song, and I never thought I could do something so stripped-down and so simple with Low Cut Connie, I think people had an idea of what the band was, that we were a “sleazy party band” or a bar band. There’s nothing wrong with that, but I feel like there’s more going on with the band and me than that, and “Hollywood” is really a naked song. I had to work up to that for a few albums to get to the point where I could put something like that out.

Then there’s the “Hey! Little Child” cover, that’s an Alex Chilton song we recorded at Ardent. I feel like that song is sort of a very open feeling to it, we do it live and people just scream along with it. All the channels get opened with that song, and it’s very much that release, so we put it at the end of the pair of albums, and it feels good there.

AllMusic: You talked about "Beverly" being bare of artifice or irony, was that something you've been trying to achieve for a while?

Weiner: It’s also true for “Every Time You Turn Around,” which is probably the first full-on ballad that we’ve recorded as a band. I think that in your relationship with the listener, you have to get your footing before you can travel somewhere new. I always knew that I wanted to get to a place where I could get onstage or in the studio and sing with 100 percent conviction and without irony and believe every word I was saying, but it’s very hard to do that when you’re young. You do that when you’re a child, but then from adolescence on, we all cover up who we really are and how we feel, and we try different postures out for ourselves: "I’ll be cool today, I’ll be this today, I’ll be that tomorrow." It took me a while to get to where I was comfortable enough in myself to let it rip.

AllMusic: On "Oh Suzanne" there's a repeated line about how "you don't respect my privacy." Is that a character or is that you?

Weiner: I’m a very introverted person, and like many of my heroes, who are also very introverted – Prince, Tina Turner, James Brown, Elvis – I’m out there on the stage 100 shows a year, strutting my ass and parading myself and really opening up, but the only way I can do that is by shrinking back into my cave the rest of the time. That song is very truthful and funny and kind of true to who I am and where I’m at.

AllMusic: What was the inciting incident behind "All These Kids Are Way Too High"?

Weiner: That song might feel like a throwaway, but it might be the most interesting, at least to me, song on the record. There’s an old Cajun song from the late 20s called “Natchitoches,” which is the name of a town at the Louisiana/Texas border. There was a singer named Blind Uncle Gaspard, who recorded four Cajun songs in 1928 or 1929. He only recorded four songs, but they’re all fantastic. I adapted the melody and chord structure of “Natchitoches” exactly for Low Cut Connie, and it turned into the music for “All These Kids are Way Too High.”

Then I did a little further research and I found out that “Natchitoches” was actually an adaptation of a very old French folk song from the 1600s or even earlier. It’s as old as the hills, and it was brought from France to Louisiana, and he turned it into a song about a girl who lives in Nacogdoches who he’s in love with, but she doesn’t love him. I kept the same exact tune, and when I came around to singing it and adapting the syllables of the French words into English words, it brought out some interesting lyrics, and I followed the trail from there.

Right around this time, we were starting to play a lot of college campuses and some frats. I hate fraternities and we’ve stopped doing them, but we used to get paid decently well to play these frat parties, and the last one we did, it was a very good Ivy League school, but these kids were absolutely wasted off their fucking faces, and just really out of control. One of the kids threw a full beer can right my head, and I saw stars in the middle of the show, but I kept going. I was adapting that into the lyrics of the song and taking the pulse of things about what’s going on out there in America today, how a lot of people out there seem to have their head in the clouds in one way or another.

AllMusic: Do you get a special kick out of going backwards through time and excavating the history of these songs?

Weiner: That’s the second time I’ve done that with Low Cut Connie. On our Hi Honey album, we recorded a song with Dean Ween called “Dickie’s Bringin Me Down,” and I adapted that song from a Lead Belly song called “If It Weren’t For Dickie,” which was his version of an old Irish song that’s hundreds of years old, and it wasn’t until after I’d done it that I figured out the whole lineage back to Ireland.

I wonder, how would Lead Belly or Blind Uncle Gaspard feel about what we’re doing? I don’t know, but I feel a kind of kinship. When I read books about Lead Belly, I’d read how he’d play these crazy parties in poorhouses and get-togethers and dances in the 1910s and 20s, someone would put a knife to his throat and there would be all this carousing and violence and craziness, and he’d just sit there with his guitar and be the soundtrack for mayhem. I’ve been doing that for many years, so I feel like there’s a sort of understanding or maybe some sort of lineage there.

AllMusic: Does your piano history include the childhood routine of lessons and recitals?

Weiner: My parents encouraged me to take piano lessons, my older brother’s a very good pianist, and I wasn’t very good at sight-reading, so I eventually tried to figure out how to get better by playing by ear. I switched from playing Phantom of the Opera and Barry Manilow to Chuck Berry, and I was probably around 10 at that point and was falling in love with early rock and roll, and I just started messing around and trying to figure out how to play those songs on the piano and it developed from there.

AllMusic: So were you the weird kid at school who was just into old music?

Weiner: Yes, very much. When I was very young, I was cross-eyed, and I was always the black sheep in the classroom or wherever I was. That’s a fairly common story in rock and roll, I guess. I just did a very slow progression from that to whatever I do now.

AllMusic: Do you enjoy playing in situations where it's clear that the audience doesn't know anything about the band? Is it fun to start from a clean slate?

Weiner: I’m a masochist, so I thrive on the hostility. You said “clean slate,” which implies that people have a charitable interest in what you’re going to do. But what about the hundreds of shows I’ve done where you’re basically up against a hostile crowd that wants to hate you or doesn’t want to be forced to pay attention to you? Those are my favorite shows. I could write a book about some of the craziest experiences and shows I’ve done where we flipped the script.

I’m a self-loathing, neurotic Jewish guy from New Jersey, so I have the attitude where I don’t understand why you’d want to hang out with me. That’s always shocking, and I’m getting used to the fact that we have fans that follow us and travel to different shows, that’s a whole new sensation. But I’m very well acclimated to being up against it and having to win people over, and those are ultimately my favorite shows.

AllMusic: When choosing the album cover, did it seem obvious to choose the one prominently featuring your armpit?

Weiner: What’s wrong with my armpit? I think it might be my most attractive feature, and I’m often told that. I think we just thought that photo had a certain something about us and how we attack performance and relate to people. It is kind of stripped-down, it’s definitely not an airbrushed studio portrait. It’s not posed, it’s a live shot, I am just sort of letting it all hang out and I’m inviting other people to do the same. Both albums have a photo that’s a bit something. But I think the first one is a bit more alluring and more “What’s going on here?” and the second one is a bit more naked, “Here I am, this is what you’re going to get.”