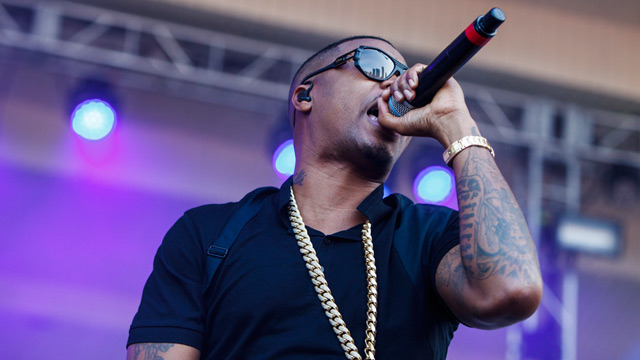 In its tenth year as a destination festival, Lollapalooza has passed the point of requiring justification; it just exists, and to its young attendees, it always has. At a glance there seems to be a large contingent for whom the lineup itself is an afterthought, the event and general craziness it inspires are sufficient to draw the masses to Chicago and sell the weekend out once again. These are the clusters of young men in throwback Magic Johnson jerseys and girls wearing floppy hats who congregated at the EDM and hip-hop-centric Perry's stage—named for Lollapalooza founding father Perry Farrell—and made that their home for the weekend. And honestly, it's hard to fault them for it; the stage's production values and acts were endlessly entertaining, the bathrooms, vendors and exits were a stone's throw away, so why hike a mile to see Spoon when 18-year-old Dutch DJ Martin Garrix is shooting 40-foot-high jets of flame across the stage?

Not that plenty of fans didn't trek across Grant Park to see Spoon, Interpol, Arctic Monkeys, or any of the acts that packed out the stages at the opposite end of the site, but the loyalty of the contingent parked at Perry's stage was commendable. They could not have cared any less that Eminem was delivering a wildly enthusiastic 90-minute set nearby, even bringing out surprise guest and current tour partner Rihanna for a trio of songs, including their duets "Love the Way You Lie" and "The Monster," and a version of "Stan" with Rihanna taking on Dido's parts. His set was a carefully-curated tour through his career, tossing in a few verses of early hits like "My Name Is" and "The Real Slim Shady" alongside material from last year's Marshall Mathers LP 2 like "Bad Guy," "Berzerk" and "Rap God," which earned guitar solo-esque cheers for the song's climactic mile-a-minute bridge. He touched on his early prideful boasts of ignorance ("Just Don't Give a Fuck," "Still Don't Give a Fuck"), his heightened consciousness as he matured ("Mosh," "White America") and his somewhat uncharacteristic predilection for uplifting anthems ("Lose Yourself," "Sing for the Moment"). Lines like "Radio won't even play my jam" from "The Way I Am" still make no sense, as he's now appeared on 79 different charts, according to Billboard, and lines from 2000 about hating New Kids on the Block and how "boy/girl groups make me sick" haven't aged well, but he still throws himself into them like he means it.

The following night's headlining set from OutKast didn't deviate from their set at previous festivals, including Sasquatch (which we already covered), other than a new message on André 3000's jumpsuit ("Across cultures, darker people suffer most. Why?"). The duo, particularly André 3000, radiated pure energy from the stage, interacted comfortably, and, most importantly, verbally nailed their dense set of hits, deep cuts and covers. After seeing the group's reunion set twice, the fuss about OutKast's summer shows not living up to audience-generated hype feels misplaced. Just witness André blazing through "B.O.B.," Big Boi nailing "Ghetto Musick" or the duo tag-teaming "Gasoline Dreams," and please articulate where the letdown occurs. With performances this strong, most discontent seems to have stem from unrealized fan fiction that's been conjured up in the group's absence that the two must be arm-in-arm best friends at all times, as if all successful duos must live in a duplex vacation together to truly function properly. Hopefully those who catch the group on this reunion/revival/farewell tour will recall it fondly and block out the noise.

Obviously the festival's headliners drew the biggest crowds, but one of the awards for biggest pre-sundown audiences go to Iggy Azalea, who took to Perry's stage at the relatively early hour of 4:30, considering the wave she's currently riding, opening enthusiastically with her Steve Aoki collaboration, "Beat Down," and winding down with a sluggish, Charli XCX-less version of "Fancy." The other nod goes to Queens rapper Nas, who didn't waste any time diving into his 1994 classic Illmatic, touching on each track in a mini-set that covered half an hour, followed by other mandatory tracks like "Hate Me Now," "If I Ruled the World (Imagine That)" and "One Mic." Unlike some veteran artists who treat the full album retrospective as a sort of obligation, Nas fully embraced the anniversary, proudly introducing each song with a semi-corny but wholly sincere lead-in that would play off of the song's title as the years counted down from 2014 to 1994 on a projection screen. The audience had to stare into the setting sun to catch a glimpse of Mr. Jones, but his impassioned, music-packed performance earned its massive crowd. He admitted that he was wrong about hip-hop being dead.

Portugal. The Man capped off their second Friday set (the first being on the Kidzapalooza stage where they opened with "Another Brick in the Wall") with a handful of attention-snatching covers, including the "Dayman" song from It's Always Sunny in Philadelphia, Oasis' "Don't Look Back in Anger" and Queen's "We Are the Champions," while Interpol looked like well-coiffed vampires dragged out into the sun, dividing their set equally between their first two albums and throwing in two off of the upcoming El Pintor. Perhaps the most eager to please band of the fest was Fitz & the Tantrums, who put on an effervescent, upbeat performance on the main stage in the late afternoon with a sound that filled the field, as opposed to some of the festival's more thinly-projected acts, and threw in a cover of "Sweet Dreams (Are Made of This)" for good measure.

Now spread across a seemingly ridiculous eight stages for three days, it's difficult to not leave Lollapalooza feeling overwhelmed, like you missed a lot, but the crowd at the dance stage was oblivious. It's almost easy to envy them, really. And if they keep returning year after year, they could become the surprise backbone that holds this thing together, regardless of lineup. It's as much an event as it is a concert, maybe a final chance to blow off steam before going back to school, and as long as the Goodwill has Alonzo Mourning and Hakeem Olajuwon jerseys available, this Lollapalooza thing just might last another 10 years.