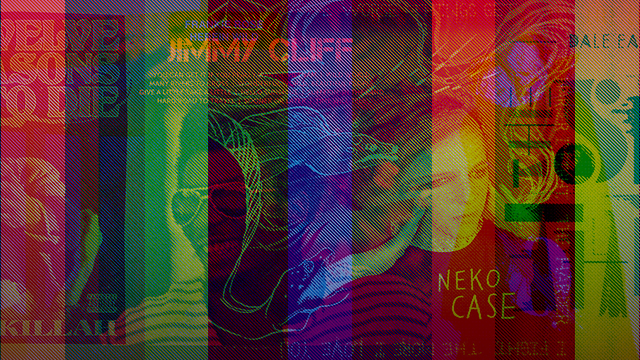 We know AllMusic fans love year-end lists. Making your own, sharing lists and mixes with friends, seeing what your favorite music publications and websites picked, and of course commenting on the critics' choices. With so much great new music to choose from each year, representing the full spectrum of tastes and sounds can be daunting. But this time, we're facing the challenge by giving an even more comprehensive look back at the year in music.

How? With the first-ever AllMusic Readers' Poll! You'll nominate candidates by rating your favorite albums from 2013 on AllMusic, then we'll crunch the numbers to identify your choices of the best of the best, and finally you'll select from the nominees in the official ballot. In mid-January we'll share the all-around top 50 with you.

Wanna get started? To nominate albums, simply log in to your AllMusic account -- or register an AllMusic account if you haven't already -- and rate your favorite albums released in 2013. Rate all you want until the nomination period closes, Wednesday, January 1, 2014, at noon EST. Then, starting January 2, you'll have a week to cast your official ballot. Feel free to only participate in the final vote, but remember the best chance to see your favorite 2013 albums in the finals is by rating them during the nomination period!

So what are you waiting for? Tell us what you loved in 2013 by logging in to your AllMusic account and rating your favorite 2013 albums now! And keep an eye on the AllMusic Blog, where starting December 9 we'll be sharing the editors' picks.

New features: This time it's personal

New features: This time it's personal