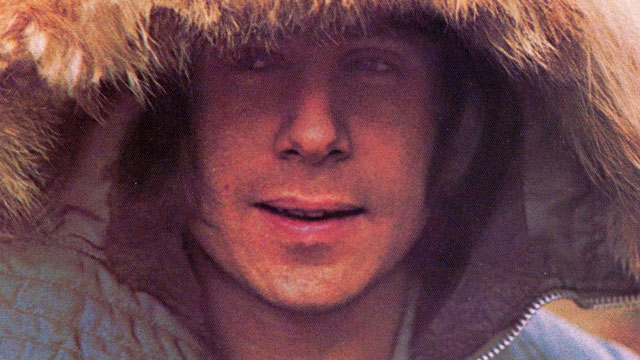 In Five Star Spotlight, we root around in our archives to dust off and dig into albums upon which our reviewers have bestowed the coveted five-star rating. We'll cobble together some live videos from the era, maybe some rehearsal or demo recordings, and generally pontificate on what makes the album special. If you want to do some searching of your own, be sure to check out our advanced search feature, which lets you narrow down your search results by genre, date range, star rating, and more.

Paul Simon has been in the news for less than desirable reasons recently, so it seemed like a good time to clear that from our minds and refresh our memories on some of his musical output. As far as the majority of the public was aware, his 1972 self-titled album was his first solo release, and Simon would probably prefer it that way. He's had a notoriously testy relationship with the existence of the 1965 album The Paul Simon Songbook, initially a UK-only release that featured solo versions of already existing Simon & Garfunkel tunes, as well as songs that would be re-recorded by the duo once they regrouped. So when Paul Simon came out in '72, it was probably the first time many listeners had heard his voice on its own without Garfunkel's accompaniment, and the steps the album took to deviate from being straightforward folk rock may have been similarly surprising.

Paul Simon opens with the light reggae of "Mother and Child Reunion," which predated reggae's popularity in America; Catch a Fire wouldn't come out until the next year. He recorded the track in Jamaica with Jimmy Cliff's backing band, and Cissy Houston—mother of Whitney—provided backing vocals. It's upbeat, but still distinctly easygoing, a tone that carries through the entire album. When released as a single, "Mother and Child Reunion" featured the delightfully quirky "Paranoia Blues" as the B-side, a bluesy slide guitar workout with lyrics about being searched at customs and having your Chinese food stolen. This alternate version of the track tones down the slide guitar a bit but maintains the album version's increasingly frantic momentum.

Other highlights include the deftly finger-picked "Peace Like a River," the lyrically-engrossing character sketch "Duncan," and "Run That Body Down," which features an electric guitar solo—gentle, but electric—which, in comparison to the light instrumentation throughout the rest of the album, might as well be a dive bomb of distortion. "Me and Julio Down by the Schoolyard," while not the album's biggest chart hit at the time, has grown to be the album's most-recognized track, with its ambiguous lyrics, quick tempo, and, love it or hate it, a whistling solo. The only thing needed to cement its place in the American musical canon would be a performance on Sesame Street.

Well, that's settled. The next year he would hit another home run with There Goes Rhymin' Simon, which explored soul and R&B in a way he might not have been able to immediately coming off of Simon & Garfunkel if not for the stepping stone of Paul Simon. On subsequent albums he'd toy with jazz-pop with dashes of cynicism on Still Crazy After All These Years and delve deeply into his emotions on the excellent but unsuccessful Hearts and Bones, all leading up to Graceland, which catapulted him back into prominence. Songs from Paul Simon still feature regularly in his live show, including his recent run of dates with Sting, where they would perform their hits together in rather slick fashion.