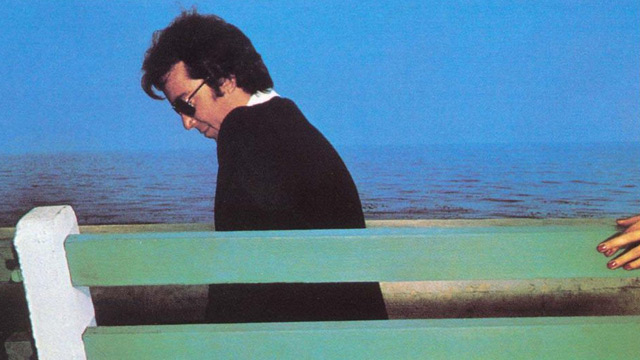 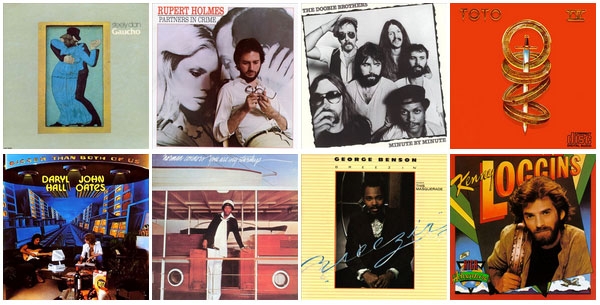 What is Yacht Rock? To begin with, it was a Web series created by J.D. Ryznar and Hunter D. Stair and hosted by Steve Huey. Ryznar and Huey are AllMusic/Rovi alumni. Each episode mocked and celebrated the soft sounds of the '70s, sending up the smooth likes of the Doobie Brothers, Daryl Hall & John Oates, Steely Dan, and Kenny Loggins. It became a cult sensation in the back half of the 2000s and soon the lampooned artists were praising the series, with Oates even crediting it for reviving interest in his duo. Yacht Rock the series ceased production in 2010 but the term has only gained strength, coming to describe a whole smooth aesthetic that existed roughly from 1975 to 1982, expanding far beyond the white soft-rockers of LA and encompassing smooth jazz and "Yacht Soul." We at AllMusic are paying tribute to that expanded definition, collecting our favorite sounds, songs, and grooves from an era when smooth meant everything.

Stephen Thomas Erlewine
Despite my great love of my longtime friend and former AllMusic editor Hollywood Steve Huey, I've never been entirely comfortable with the phrase "Yacht Rock." It always felt too cutesy by half, plus it wasn't a term used at the time to describe the soft sounds of the '70s and early '80s. Nevertheless, time has softened my opposition to the term and I've come to concede it's a useful term to describe all the smooth music from 1975-1982, whether it's SoCal soft rock, quiet storm, or smooth jazz. If I'm being honest, this is some of my favorite music. I grew up with this in the background, spent a good portion of the early 2000s searching out full albums by the likes of Robbie Dupree, spending an absurd amount of money on CD Japanese imports, and I'll still turn to it for relaxation. These 40 songs—broken into 30 relatively easy-to-find songs, supplemented by 10 songs that aren't popping up on digital services—are just the tip of the iceberg not only for my favorite Yacht Rock songs but the sound in general: despite the series and discourse being dominated by the Doobies, Toto, Hall & Oates, and Steely Dan, some of the bearded no-name SoCal studio rats made some of the best Yacht Rock and it's a rich vein that's still waiting to be tapped.

A couple of weekends ago, a friend and I were heading toward the water. Since I live very far away from the water, the soundtrack to our drive was nearly four hours of music from my big-tent yacht rock shuffle. We got to discussing each song we heard—was it yacht rock or not yacht rock? More often than not, we found ourselves forced to disqualify songs. CSN's "Just a Song Before I Go"? No, not quite (that's older brother of yacht rock). How about Joe Walsh's "Over and Over"? Again, not quite yacht rock ("mother's new boyfriend of yacht rock"). The Cars' "Just What I Needed"? ("yacht rock's nerdy college roommate"). Commodores' "Sail On"? ("yacht rock's night out"). Even on a four-hour trip, yacht rock has no time to waste on its way to a killer chorus, and I soon found that my ideal yacht rock playlist isn't big-tent but rather small-gathering—arrow-straight, middle-of-the-road, slicker than slick, and Brylcreemed within an inch of its life.

Several hours into the trip, the effects of my overly large playlist finally dawned on us—we still hadn't heard a single Steely Dan song. As we pulled into town and then turned the last corner to the cottage, we realized that the next song was our last chance to hear the Dan. We strained to hear the faint piano coming out of the speakers...was it "Kid Charlemagne" or "Peg"? No, just the power ballad that ended all power ballads, the mighty "Sister Christian." Giggling, with tears of embarrassed joy streaming down our faces, we'd just been welcomed to the water by yacht rock in all its awesome power.

Matt Collar
The crazy thing about yacht rock for me is how broadly the term can be applied across genres. From the soft-rock of Airplay, to the improvisational jazz of Freddie Hubbard, to the doo-wop-inflected singer/songwriter melodies of John Sebastian, so many artists have dipped their toes into the golden lyrical sands of the yacht rock sound. The key defining rules of the game seem to be: keep it smooth, even when it grooves, with more emphasis on the melody than on the beat; keep the emotions light, even when the sentiment turns sad (as is so often the case in the world of the sensitive yacht-rocksman); and always keep it catchy, no matter how modest or deeply buried in the tracklist the tune happens to be. In fact, some of the tunes I picked for my list weren't even singles, just album tracks. Yet, they are still as memorable as a sunset on the Santa Monica pier as you walk along with your baby, holding hands, your matching gold-tone bracelets jingling as the ocean breeze caresses your mustache, and the two of you stare out into the ever-deepening blue to think, in tandem, "Yeah, this is how it should always be." Just remember to hold on to your captain's hat, 'cuz this music is so breezy and smooth, it might just blow you away.

Airplay - "It Will Be Alright"
Herb Alpert - "Rise"
Ambrosia - "Biggest Part of Me"
America - "You Can Do Magic"
Bee Gees - "Subway"
George Benson - "Give Me the Night"
Karla Bonoff - "Personally"
Bread - "Baby, I'm-a Want You"
Brecker Brothers - "As Long as I've Got Your Love"
Jackson Browne - "Ready or Not"
Tom Browne - "Funkin' for Jamaica"
Donald Byrd - "Sky High"
Steve Carlisle - "WKRP in Cincinnati"
Chicago - "Take a Chance"
Norman Connors - "You Are My Starship"
Christopher Cross - "The Light Is On"
The Doobie Brothers - "You Belong to Me"
Robbie Dupree - "Hot Rod Hearts"
Earth, Wind & Fire - "After the Love Has Gone"
Dan Fogelberg - "Missing You"
Daryl Hall & John Oates - "When the Morning Comes"
Rupert Holmes - "Weekend Lover"
Freddie Hubbard - "This Is It"
Freddie Hubbard - "Ride Like the Wind"
Al Jarreau - "We're in This Love Together"
Billy Joel - "My Life"
Little River Band - "Reminiscing"
Pilot - "First After Me"
Player - "Every Which Way"
Poco - "Indian Summer"
Gerry Rafferty - "Stealin' Time"
Lee Ritenour - "Is It You?"
Todd Rundgren - "It Wouldn't Have Made Any Difference"
Boz Scaggs - "A Clue"
Joey Scarbury - "Theme from The Greatest American Hero (Believe It or Not)"
John Sebastian - "Welcome Back"
Barbra Streisand - "Widescreen"
Barbra Streisand & Barry Gibb - "Guilty"
Frankie Valli & the Four Seasons - "Who Loves You"
Gino Vannelli - "Fly into This Night"
Bob Weir - "Bombs Away"

Andy Kellman
Below is a sliver of the tremendous orchestral soul, quiet storm, mellow funk, relaxed disco, and proto-smooth jazz—as well as all their hybrids—released between the eras of classic soul and producer-oriented R&B. Above-listed artists filed under rock, like Boz Scaggs and Steely Dan, were allied with these forms and worked with many of the musicians heard in this particular list. Due in large part to the versatile session musicians who worked the studios in and around Los Angeles, many of the selections above and beneath are connected. There are enough relations to make one's head spin. For instance, Toto members wrote and played on the Brothers Johnson's "In the Way." Louis Johnson contributed bass to "Betcha Wouldn't Hurt Me," a song arranged by Seawind's Jerry Hey, who was involved in the recording of "Live in Me," from an album that involved not only Louis and George Johnson but songwriter, arranger, and keyboardist Rod Temperton, a guiding member of Heatwave who was also responsible for "Rock with You" and "Give Me the Night."

There are dozens of unsung session musicians, writers, and producers whose work can be heard in this and the other lists. Harvey Mason, Ray Parker Jr., Greg Phillinganes, Nathan East, James Mtume, Reggie Lucas, Skip Scarborough, and Paulinho da Costa scratch the surface. Even less credit has been given to the women. Start with Patti Austin, heard on "Gaucho" and "Give Me the Night" and, within this list, "Betcha Wouldn't Hurt Me." There's also close Mtume associate Tawatha Agee, the lead voice on the songs from Gary Bartz and Art Webb, and a background vocalist on "Now Is the Time for Love." Dianne Reeves, Tanyayette Willoughby, Linda Williams, Julia and Maxine Waters...a doorstop of a book, heavy enough to prop open a steel door, might do justice to them all.

In order to avoid overlap with the ongoing R&B 40 series that covers charting singles—and to further illustrate the depth of this era—none of these selections touched Billboard's Hot Soul Singles. That's why Kool & the Gang's "Summer Madness," Norman Connors' "You Are My Starship," Dexter Wansel's "The Sweetest Pain," Herb Alpert's "Rotation," Ray Parker Jr. & Raydio's "A Woman Needs Love (Just Like You Do)," and Pieces of a Dream's "Warm Weather," among so many essential others, aren't below. (All of those songs are in a series of like-styled Spotify playlists made over a year ago: volume one, volume two, volume three, volume four, volume five). Asterisked titles are unavailable on Spotify. Other favorites appear in place of them.