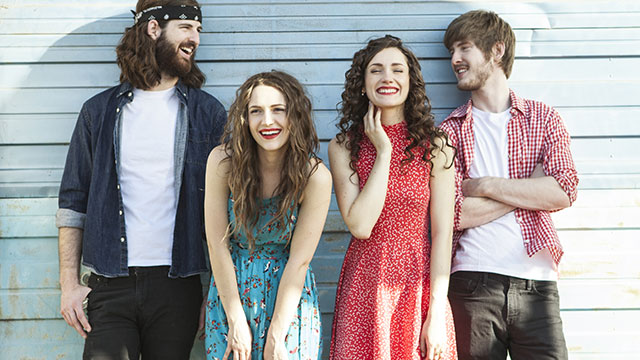 Don't let the sitcom-ish backstory of the Vespers fool you, the Nashville-based band formed by two pairs of brothers and sisters has plenty of musical mettle on display on their third album, aptly titled Sisters and Brothers. Stomping opener "Break the Cycle" plays with an accelerating tempo to create a sense of momentum to kick things off, while more subdued tracks like "Not Enough" offer a breather from the energetic folk-pop/Americana hybrid that dominates the album. Stream the whole record here, and pick up the album when it comes out on February 10.

Pre-order Sisters and Brothers via iTunes