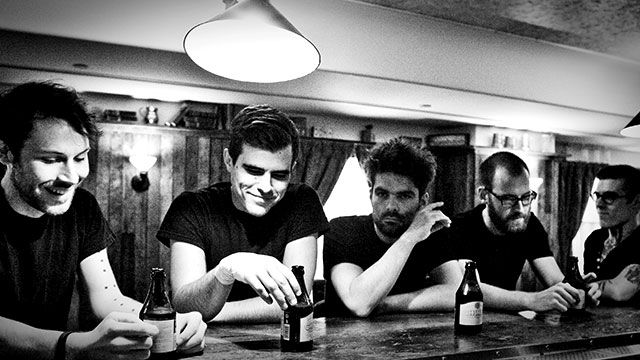 Canadian indie rock band Reuben and the Dark is a member of the Arts & Crafts family, the label best known as the home base of Broken Social Scene and other affiliated artists. Songwriter Reuben Bullock began as a solo artist, but eventually expanded his project into a full band, Reuben and the Dark. Funeral Sky is the band's first release for the label, and showcases their immersive, anthemic sound, which is right in line with the blooms of fireworks depicted on the album's cover. The climactic eruption of distortion on the song "Rolling Stone," in particular, is a highlight, and contrasts well with the piano balladry of "Standing Still, which comes later on.

Funeral Sky is out next week and can be pre-ordered here.

Stream removed! The album's out, go get it!