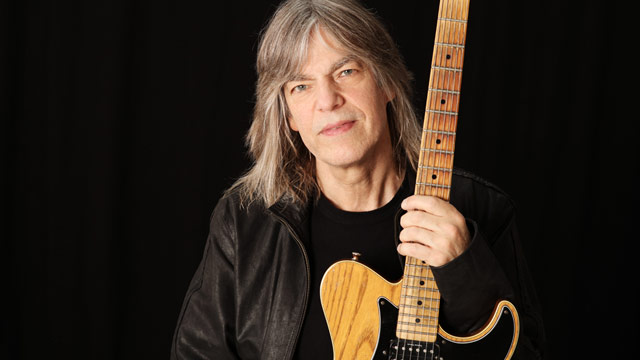 After breaking both of his arms in a fall in 2016, electric jazz guitarist Mike Stern returns with the cheekily-titled Trip, a new album packed with top-notch collaborators. Stern made his bones early on as a guitarist for Blood, Sweat & Tears, followed by a stint with fusion drummer Billy Cobham before teaming up with Miles Davis for Davis' return from a five-year hiatus. Subsequent years would find him working with the likes of David Sanborn, the Brecker Brothers and Jaco Pastorious, while simultaneously embarking on a solo career in the mid-80s.

On Trip, Stern's 17th album as a bandleader, his returned dexterity is on full display on the guitar solo that slices through the middle of the fusion-funk hybrid "Screws," and the deft picking of "Whatchacallit," which is answered by an equally-nimble saxophone lead. Stern is joined by numerous collaborators, including saxophonist Bill Evans, who also performed with Miles Davis in the early 80s, as well as acclaimed fusion drummer Dave Weckl and Living Colour drummer Will Calhoun.

Trip is due out September 8 and can be ordered in an autographed edition, as well as via Amazon and iTunes.