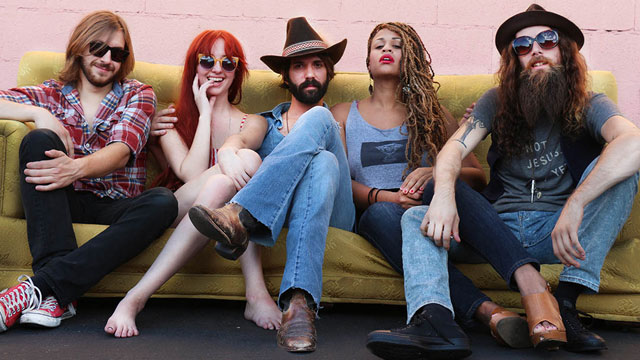 Self-stylized "honky tonk and roll" band Ivory Deville will release their eponymous debut next Tuesday, and we've got the exclusive premiere of the L.A. band's album. According to singer Johnny Elkins, what started as an EP ended up not being able to be confined to a handful of tracks, and the release was expanded to a full album.

"We planned to go in the studio for a few days and lay down a 4 or 5 track EP, but we ended up leaving with a 10 song record," Elkins said. "It's not that we got greedy or overly ambitious, it just became apparent that each of these songs needed to live together in order to tell the story of what we've been up to over the past year. This was their time and place and I'm glad we were able to capture them."

Ivory Deville's debut can be pre-ordered from Kill/Hurt Records.