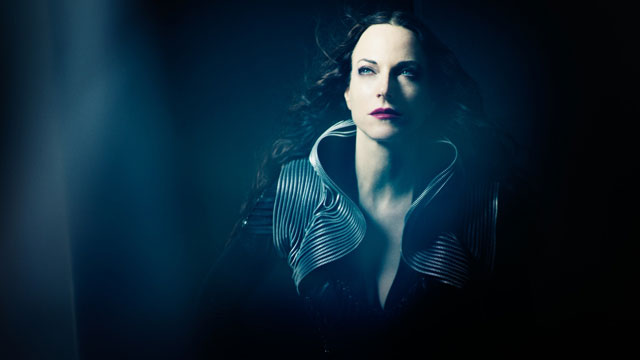 Cellist Maya Beiser has been combining classical music, spectacle and rock music throughout her solo career, which now spans 15 years. She's sold out Carnegie Hall, earned a rare five-star AllMusic review for her 2006 album Almost Human, and put on a show-stopping performance at a 2011 TED conference.

Her new album, Uncovered, contains her takes on 10 classic rock and blues songs, from Led Zeppelin and King Crimson to Muddy Waters and Howlin' Wolf. Some tracks feature recitation of the lyrics alongside Beiser's new arrangements, some are purely instrumental. And it's definitely far beyond the note-for-note novelty renditions from the "string quartet tribute" records that flooded the market in the mid-2000s.

Uncovered is out on August 26 an can be pre-ordered via iTunes.