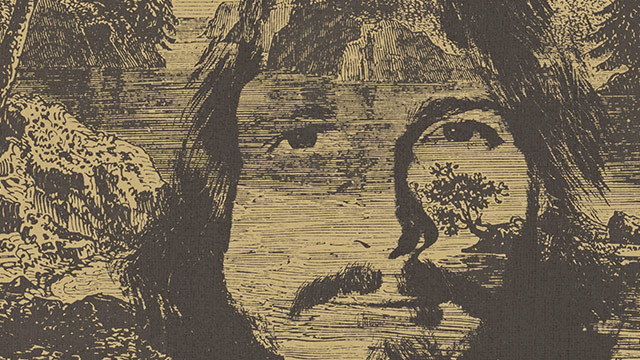 ​When nearly all of the copies of Benny Hester's 1972 debut album, Benny..., were lost in a fire, he moved on with his life, making more records and producing television. Hester tells us the painful story of the album's disappearance, how he lined up Elvis Presley's backing band for the record, and how the songs stand up today. After a four-decade delay, the album's finally due out this Friday, and can be ordered via Pledge Music.

AllMusic: So how did the album come to be "lost" in the first place?

Benny Hester: In 1972, I lived in Las Vegas, and I was teaching music at a private school. I wanted an excuse to move from Texas to Las Vegas, and that was the one. I recorded this album with Elvis Presley’s TCB Band and other musicians that were really well-known at the time and had cut many of my favorite albums, and we finished the record and the announcement came out in Billboard that it was going to be released, it was great, and it was one of the most exciting times of my life, it was a dream come true for a kid from Waco, Texas.

We were ready to launch it, we had all the LPs packaged in a warehouse by the studio, the single was ready to go out, some promo copies had been released to people in advance, and one early morning around 4 a.m. I got a call that the studio was on fire, and I drove down, and you could see it from miles away. Everything was destroyed: the studio, all the pressed LPs ready to go out, there was nothing left. The album was never released. Everything I’d hoped for and everything that was going great in my life at the time, in one second, changed to be the worst moment that I’d ever had up to that point.

AllMusic: How did you move on? Was it painful to listen to those recordings afterwards?

Hester: At first, it was painful and I had to put it aside. I had a band in Las Vegas, so I was playing live, doing concerts here and there, and with me it’s about writing first, that’s my love. That and being in the studio, those are the things I love to do, I’d do it every day if I could. I just played live and continued on and had the hope that another record label might sign me at some point.

AllMusic: You were living in Vegas, and ended up befriending Elvis' sound engineer and watching his live shows from the mixing desk. What did you know about his backing band before you worked with them?

Hester: I had read about some of them, like Ron Tutt, the drummer, he had just cut “Peace Train” with Cat Stevens, and that was one of my favorite songs. I knew Jerry Scheff had recorded the last album with the Doors, and I thought, “Wow, not only have they played with Elvis and do something I’ve never heard done before, but they do other things, too.” So we brought in the guys, Ron Tutt and James Burton, Glen Hardin, Jerry Scheff, and then we added Larry Muhoberac, who used to be in Elvis’ band, he was the keyboard player and did all the orchestration for the album, and Joe Osborn, who had recorded the Bridge over Troubled Water album with Simon and Garfunkel.

AllMusic: How is it now to hear those songs?

Hester: I was 19 when I wrote some of those songs, 23 when I recorded them, and so to look back over them and to think, “Wow, that’s what was in my head then,” and to hear the choices, I always thought of this as an album that had a fresh take on some of these ideas that I wrote about, and musically, I always thought that later on I might have changed a few things, but when I look back at it, those were the choices we made, and I like the fact that it surprises me, even though I recorded it and I wrote them.

AllMusic: It's a pretty diverse album, you weren't doing just one thing.

Hester: That’s exactly what we set out to do, and I’ve always liked extreme opposites. I like the guitar solo that just rips, and I really like the fact that I can sit down and do a song like “The Bridge,” and it’ll draw you in, I have something to say, and then we can go on and change it up. I didn’t want any of this album to just be the same one note across the board. A lot of times when you hear the first or second song of something, that’s it, that’s pretty much what you’re going to hear. I’ve always been excited about doing things that didn’t do that, the next song is going to surprise you, and it’s going to take you someplace else. It doesn’t disconnect, you buy in, you stay there, and it carries you on a journey from one song to another, even if they’re nothing alike. That’s always been an intent, and I’m glad we were able to do that.